Arkansas Little Rock Head Coach Chris Beard has announced Max Lefevre as Director of Basketball Operations and Jon Trilli as the program’s new Video Coordinator. Lefevre worked with Beard for two seasons at Angelo State, helping the Rams to a 47-15 record over that span. Trilli joins the Trojans after spending the past four seasons on the staff at Midwestern State.
Max Lefevre 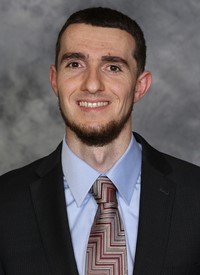 “I am very thankful and excited about the opportunity to be a part of the Trojans family,” Lefevre said. “There is nobody else I would rather work for than Chris Beard. His passion for the game is inspiring, and I am looking forward to continuing to grow under him. There are a lot of changes happening right now with this program and University, and I am looking forward to being a part of it.”

“Coach Beard has made an outstanding hire in Max Lefevre,” Angelo State head coach Cinco Boone said. “He has a good rapport with the student-athletes, a tireless work ethic and just an overall great feel for how to contribute in any and every way to a winning program. He will be a great ambassador for Little Rock basketball and the city of Little Rock. There will not be a day that he doesn’t have a positive impact on the program.”

Prior to his time at Angelo State, Lefevre worked for MOKAN Basketball. Located in Kansas City, MOKAN is one of the top grassroots basketball organizations in the country. Lefevre coached youth MOKAN elite teams in tournaments across the country and contributed to the creation of a youth coaching developmental program. He organized events such as the KC Classic, Hardwood Classic, Nike Pre-Draft Camp and various high school team camps.

Born in France, Lefevre played college basketball at Avila University in Kansas City, Mo. He earned his Bachelor of Science in International Business from Avila in 2012 before earning his Master of Education in Sports Administration from Angelo State in 2015. 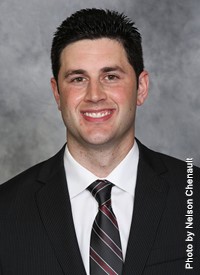 “It is a blessing to join a staff as experienced and well-respected as the one that Chris Beard as been able to assemble here at Little Rock,” Trilli said. “It will be a tremendous opportunity to learn and be a part of such an exceptional staff, university and community.”
Trilli, who also played his college basketball at MSU, spent his first two seasons on staff as a graduate assistant before serving as video coordinator in his final two years. He created video edits for pregame, practice and postgame use for Mustang players and coaches. Trilli’s video cuts and highlights were essential parts of the staff’s teaching and motivational tools.

“Jon is one of the up-and-coming young coaches in college basketball,” Midwestern State head coach Nelson Haggerty said. “As a player he was a part of three championship teams here at Midwestern State and three more as a coach. All he knows is winning and he has played a huge part in all of our success. One of the things that makes him special is his feel for people of all kinds. It is what made him a great teammate and why as a coach he is great with players as well as on campus and in the community. Great hire for Chris Beard and Little Rock.”

As a student-athlete, Trilli attended Garden City Community College as a freshman before earning three letters on the Midwestern State men’s basketball team. He helped lead the Mustangs to consecutive NCAA Division II Elite Eight appearances in 2010 and 2011. MSU’s national ranking rose as high as No. 3 in the 2009-10 season as the Mustangs won a program-record 31 games.

“From the time I met Jon as a player I knew he would become a great coach,” Baylor assistant coach and former Midwestern State head coach Grant McCasland said. “Coaching obviously runs in his family, but Jon showed tremendous resilience and always had the respect of every player on our team because of his effort and knowledge of basketball. Jon gives everything he’s got to the team and genuinely cares about the entire student-athlete.”

Trilli’s father, Vic, is the Director of Athletics and Vice President of Student Affairs at Newman University. He served as head men’s basketball coach at North Texas from 1997-01 and Lon Morris College from 1981-89. He enjoyed stints as an assistant coach at Texas and Midwestern State.

Trilli earned his Bachelor of Science in Sport and Fitness Management and Master of Education in Sport Administration in 2015, both from Midwestern State.