“For the past 33 years, it has been my privilege to work with, and for, a remarkable community of men and women at Belmont University,” Byrd said. “Throughout my tenure as men’s basketball coach, our program has received great support from Belmont’s administration, faculty, staff and students. For this, I am forever grateful. Personally, I have been the beneficiary of a very supportive family that I could count on every single day, a loyal circle of friends who consistently offered encouragement, and a terrific fan base that has embraced our program and our players for over three decades. Most importantly, it has been an honor to coach the young men that have brought credit to Belmont University, not only by how they played the game, but how they represented our university all over our country.”

“Belmont University is blessed to be a place that still seeks the high standard of making athletics about developing attitudes and skills for living a life of integrity, humility, and service to others while giving your best and learning resilience to deal with life’s disappointments with grace,” Belmont University President Dr. Bob Fisher said. “No one exemplifies that type of character better than Rick Byrd. His leadership is a point of great pride not just for our men’s basketball program or the athletics department, but for the entire university. I am deeply grateful for his life of service to Belmont University and his influence in shaping the lives of so many along the way. He’s simply the best!”

“I want to personally thank Coach Byrd for all his contributions to Belmont University and our entire athletic program,” Belmont University Director of Athletics Scott Corley said. “He has impacted countless people over his 33 years, far beyond his players and staff. We are all better off for having worked with him. Coach will leave a legacy at this university that will be hard to duplicate. I feel blessed to call him my coach, my colleague, and my friend.  I wish him, and his wife Cheryl, nothing but happiness in retirement.”

Moreover, for programs with at least six decades of history, Byrd retires first among NCAA Division I head coaches when ranked by percentage of schools’ all-time wins; accounting for a staggering 62.4 percent of Belmont’s total victories.

A 14-time district or conference coach of the year, Byrd led Belmont to 17 conference championships (10 regular season, seven tournament) since 2006; only Gonzaga and Kansas won more over that span.

Byrd’s career conference winning percentage of .797 (447-114) ranks second in NCAA Division I, behind only Mark Few of Gonzaga.

Under Byrd’s leadership, the Bruin program was marked by sustained excellence, one of only nine NCAA Division I programs to win 19 or more games each of the last 14 seasons (BYU, Duke, Gonzaga, Kansas, Louisville, Michigan State, North Carolina and San Diego State).

But of even greater significance to Byrd, Belmont established an unparalleled standard of academic achievement among NCAA Division I programs. Since 2001, Belmont leads the nation in Academic All-America selections (17, including Dylan Windler in 2019) and is one of only three programs (along with Davidson and Holy Cross) to rank among the nation’s best every year since inception of the Academic Progress Rate (APR).

Belmont has posted a team grade-point average (GPA) of 3.0 or higher 18 consecutive years and claimed the ‘Academic National Championship’ on InsiderHigherEd.com each of its last three NCAA Tournament appearances (2013, 2015, 2019).

Furthermore, in the NCAA Division I era, every Belmont player who completed eligibility under Byrd’s watch earned his degree, and only two scholarship student-athletes transferred out the last 15 years.

Byrd served as NCAA Men’s Basketball Rules’ Committee Chairman from 2013-15, whereby sweeping measures including the reduction of the shot clock, expansion of the restricted arc for block/charge calls, and freedom of movement and pace of play were instituted.

He and his wife Cheryl live in Nashville. Byrd is the father of two daughters, Andrea and Megan, and a stepson, Robert Duke. Byrd welcomed grandson, Grant, this past fall. 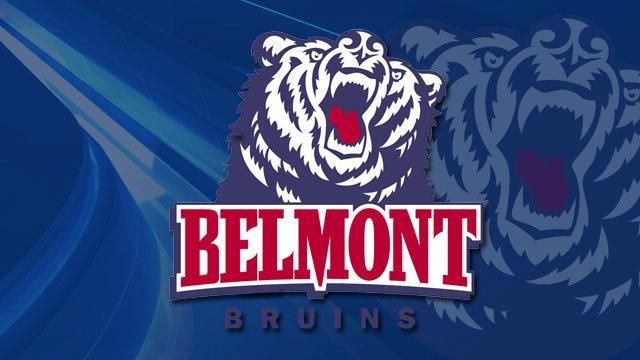