Crispin has been the assistant coach for the men’s and women’s basketball programs the past two years.  He is a former NBA player with the Los Angeles Lakers and Phoenix Suns.  Crispin was a standout players at Penn State University and Pitman High School.

“I am honored and excited to be entrusted with the position of head men’s basketball coach at Rowan University,” stated Crispin.   “Having called this area home for all my life, I am very familiar with our excellent basketball tradition and very focused on adding to that tradition in the future.”

“We are experiencing an unprecedented level of growth here at Rowan,” continued Crispin.  “My vision is to contribute to that excitement by building the best Division III basketball program in the country. I  want to create an environment that empowers and energizes our players to diligently pursue excellence academically, athletically and socially.  It is difficult to put into words how excited I am.”

Crispin spent part of the 2001-02 NBA season with the Suns and was coached by Scott Skiles. His first professional experience was with the Lakers under Hall of Famer Phil Jackson during the 2001-02 season.  He was a four-year starter at Penn State from 1997-2001.  Crispin was named to the Big Ten All-Conference team twice and ended his career with 1,986 points.  During Crispin’s time in “Happy Valley”, the Nittany Lions reached the Sweet Sixteen in the NCAA Division I Tournament and made two Final Four appearances in the NIT.  He graduated with a bachelor’s degree in telecommunications.

“Service is central to my thinking as an individual and coach,” Crispin added.  “It’s my belief that great teams serve their community well by pursuing excellence with discipline and by playing a fun style of basketball that everyone wants to watch.  It’s the way I loved to play during my career and the way I love to coach.  It’s also a way to play that I believe can be very successful.”

Crispin has played professionally in numerous European countries including Ukraine, Italy, Turkey, Spain, Poland and Greece.  He was named to the All-League second team while playing in Italy for Enel Brindisi during the 2009-10 season.  The team won the regular season title and reached the final. While in Turkey with Bandirma Banvit from 2007-2009, Crispin was a team captain and a member of the all-star team.  He was named to the All-Polish League second team while playing for Anwil Wloclawek in 2004.

“After dedicating the last 25 years to the Rowan basketball program that I truly love and having been around some of the finest student-athletes, I am looking forward to the next chapter in my coaching career,” said Cassidy.   “I have been fortunate to experience a National Championship, three Final Fours, an Elite Eight and two Sweet Sixteens and over 300 victories as head coach.

“I will remain with the program and continue to coach, recruit, scout and monitor academic progress of the student-athletes as the program moves forward,” added Cassidy.

Cassidy was the 46th winningest active coach (.657) in NCAA Division III and he was ranked 58th in victories (327-171).  He has served as the Atlantic District coordinator for the National Association of Basketball Coaches (NABC) All-America team for the past 15 years.  He was an assistant coach at the University for five seasons before taking over the head position.  In that time, Rowan won the national championship in 1996 and reached the national semifinals in 1995 and 1993.

Seven of his players scored 1,000 career points.  He had three student-athletes that were selected the NJAC Player of the Year and one that was the conference’s Rookie of the Year.  There were 34 players that were chosen to the All-Conference teams. 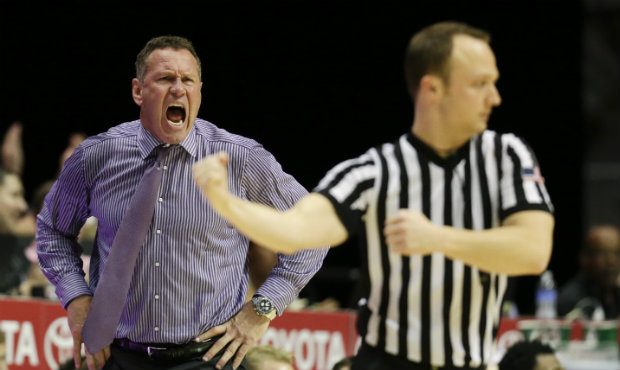