One of my favorite actions in basketball today.  One of the reasons I like it so much is because you could run a lot of different false action to set it up. The first time I saw this was last summer in EuroBasket; Spain ran shuffle/stagger to set up the action. The Wizards have also run it this way. To make this as effective as possible have your best shooter set the backscreen for the 5 man. This puts his defender in a very difficult position as he has a split second to decide if he is going to stop the ball, stop the roll, or just worry about preventing the best three-point shooter from getting an open shot. It is also effective because it brings three defenders to the main action in the middle of the floor, thus eliminating another help defender just standing there waiting to rotate. 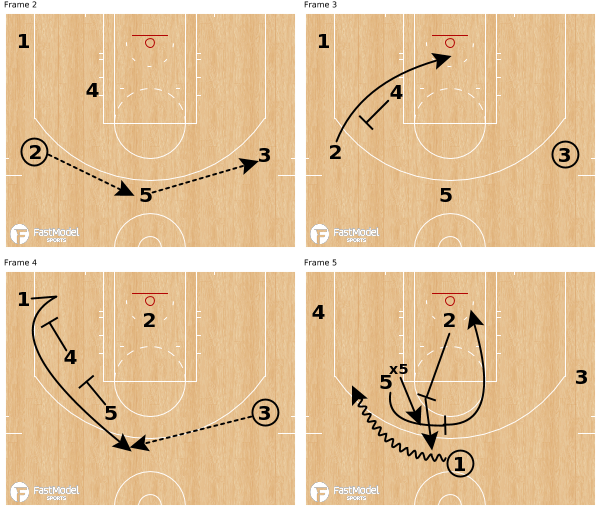 Great idea here by the Wizards. False action to set up their “Spain” action.

This set has been very popular in the NBA this season. The Dallas Mavericks frequently go to this and have had success with it. The reason I like this is because of the spacing and pace at which it occurs. For teams that have quality point guards, you want to put them in great position to make a play off the catch. This set provides that opportunity because as 1 is catching the ball, the 5 man is setting a ballscreen immediately on X1, giving 1 a chance to attack in a straight line drive right off the catch. Also, this can be an effective play against a team that will blitz/hard hedge the side ballscreen, as 2 can hit 1 quickly off the screen and 1 will have plenty of time to throw the lob to 4 rolling to the basket before the defense recovers.

Love the spacing and pace at which it occurs. pic.twitter.com/BOXz4PAOYT 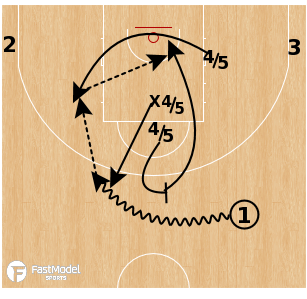 Great ballscreen set. Can be very effective against a team that hard hedges the ballscreen pic.twitter.com/H5Za0eofDl

Another set that puts your point guard in a position to make a play off the catch. The quick rub screen forces X1 to have to help on 5 to prevent the layup, which then makes him late recovering to 1 on the ballscreen. If you are able to get a layup for the 5 man the first time you run it, that will set up the ballscreen even more for the second time you go to it. 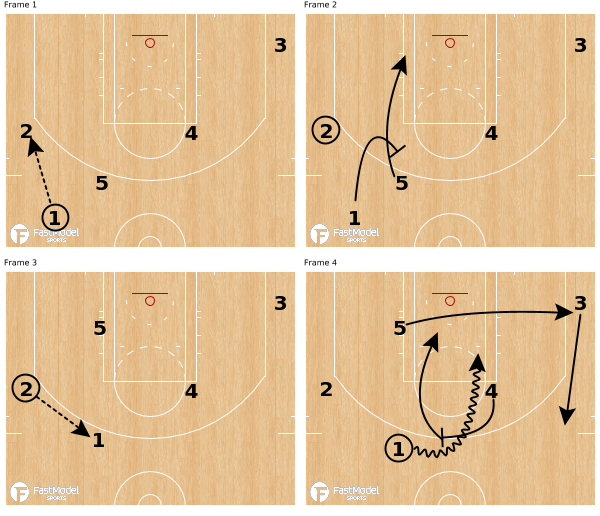 The “Flip Series” has become popular in the NBA and international game. Many teams run a few different actions out of it and it has begun to trickle down to the college game. This is an effective set because it flips the ball right back to the point guard who can then attack the ballscreen off the catch. X5 has to help on a downscreen and then turn around and quickly help on a ballscreen.

Quick action to get your PG in a PNR situation off the catch pic.twitter.com/keerZhlB9a 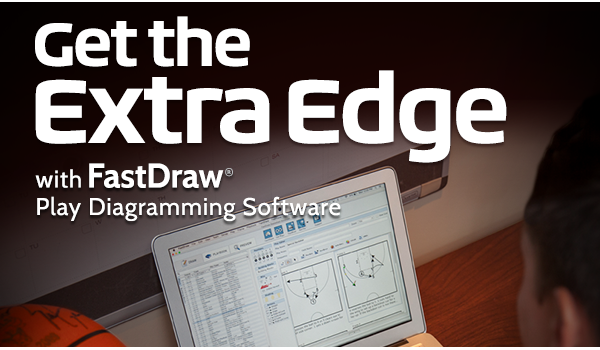 Get the Extra Edge with FastDraw