Former UConn standout Kevin Freeman will return to the Huskies as an assistant coach on Dan Hurley’s staff. This was first reported earlier this morning by Rivals’ Corey Evans. He will replace Kenya Hunter who became an assistant at Indiana last month. Freeman had been an assistant at Penn State for the past two seasons. 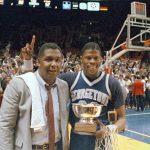 Former Georgetown head basketball coach John Thompson died early this morning, He was 78. Thompson became the first African-American head coach to win an DI Men’s Basketball National Championship when his Hoyas won it all in 1984. Durng his tenure at Georgetown, he went 596-239 (.714), and coached greats such as Patrick Ewing, Alonzo Mourning, 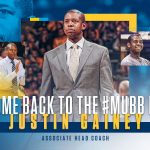 Justin Gainey, who served as director of operations with the men’s basketball program at Marquette for three seasons, is returning to the team as an associate head coach, head coach Steve Wojciechowski announced Friday morning. “We are excited to welcome Justin and the Gainey family back to Marquette,” Wojciechowski said.  “Justin is one of the nation’s 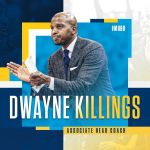 Marquette University head men’s basketball coach Steve Wojciechowski has announced the promotion of Dwayne Killings to associate head coach. Killings recently completed his second season with the Golden Eagles, helping the program to the NCAA tournament in 2018-19 and another potential appearance in 2019-20.  He has also helped the team secure a consensus nationally ranked 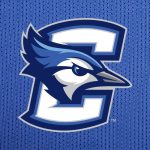 Terrence Rencher has been hired as an assistant coach for the Creighton men’s basketball program, head coach Greg McDermott announced. Rencher will start his new position and be on the bench this week when the Bluejays play in the 19th Annual Continental Tire Las Vegas Invitational. Rencher has spent the past 2 ½  seasons as 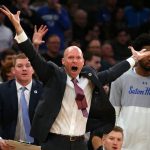 Seton Hall head basketball coach Kevin Willard has been suspended for two games by the university. According to multiple reports, the suspension is the result of an investigation into possible tampering back in 2017 with the transfer of Taurean Thompson from Syracuse. Seton Hall released the following statement before Pirates exhibition game tonight: “Seton Hall 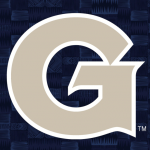 Clinton Crouch recently joined the Georgetown Men’s Basketball coaching staff as the Special Assistant to the Head Coach. The veteran coach brings nearly two decades of experience at the high school and professional levels. Crouch comes to the Hilltop after spending seven years at The Skills Society, where he oversaw the development of dozens of 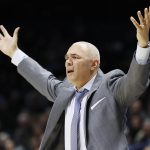 DePaul head basketball coach Dave Leitao has been suspended for three games by the NCAA, and the program has been hit with a fine and recruiting restrictions. The full release by the NCAA is below, and the complete Public Infractions Decision can be found HERE. A former DePaul associate head coach violated NCAA ethical conduct 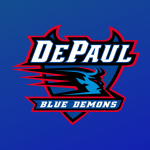 I can confirm that DePaul head coach Dave Leitao has hired Marc Hsu as an assistant coach. He replaces Bill Courtney who departed for a spot at Miami back in June. Hsu had spent the past two seasons on the staff at Western Kentucky, and served as an assistant at New Mexico State before that. 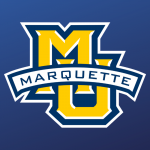 Marquette head men’s basketball coach Steve Wojciechowski announced a pair of promotions on Tuesday afternoon, naming Jake Presutti assistant coach and Dan Madhavapallil director of basketball operations. “Jake has been an incredible worker and passionate member of our program since the beginning,” Wojciechowski said.  “He’s starred in his role and earned the opportunity to be 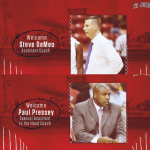 New St. John’s head basketball coach Mike Anderson has added Steve DeMeo to his staff as an assistant coach, and Paul Pressey as the special assistant to the head coach. Steve DeMeo Possessing three decades of experience across all levels of the college game, Queens native DeMeo most recently served as the head coach of 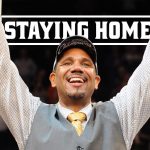 Providence College President Reverend Brian J. Shanley, O.P. and Vice President/Athletics Director Bob Driscoll announced today that Ed Cooley has agreed to a multi-year contract extension to remain head coach of the men’s basketball program. As a result, Cooley has withdrawn his name from consideration in the job search at the University of Michigan. “While