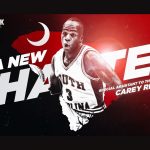 New head men’s basketball coach Lamont Paris announced the addition of former Gamecock great Carey Rich. Rich will serve as special assistant to the head coach. In his role, he will provide assistance on a variety of special projects, with heavy involvement in alumni relations, community outreach and recruiting efforts. “I’m very excited to have Carey joining 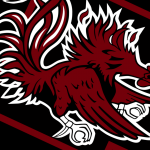 Head coach Lamont Paris has hired Tanner Bronson and Eddie Shannon as assistant coaches on his new staff at South Carolina. Both join Paris after working previously for him at Chattanooga. Bronson was an assistant for the Mocs the past five seasons (2017-22) and Shannon for the last three (2019-22). “I am extremely excited to announce these additions 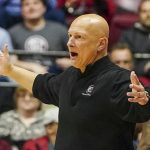 According to a report from Jon Rothstein, UMass is finalizing a deal with Frank Martin and is expected to name him as their new head basketball coach today. Martin had spent the past ten seasons as the head coach at South Carolina (171–147 – .538) before being released earlier this spring. He led the Gamecocks 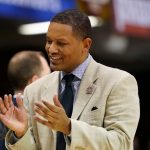 Lamont Paris, who has been a part of nine NCAA Division I Tournaments and 17 twenty-win seasons as a college head and assistant coach, has been named the University of South Carolina’s 33rd head coach, Director of Athletics Ray Tanner announced Thursday. Paris, 47, becomes the first African-American head coach in the history of the 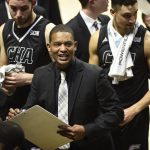 Story: Adam Nelson (@HD_DirtKing) According to a report from ESPN’s Pete Thamel, South Carolina and Lamont Paris have finalized a five-year deal that will make the Chattanooga head coach the Gamecocks new leader. Paris was hired as the Mocs head coach back in 2017, and has gone 87–71 (.551) since then. This past season, he 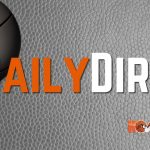 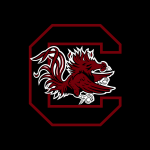 University of South Carolina Director of Athletics Ray Tanner announced Monday that Frank Martin is no longer the head men’s basketball coach, effective immediately. “After a thorough evaluation of our men’s basketball program, we have decided to make a change,” said Tanner. “We are grateful for the dedication that Coach Martin has made to Gamecock Basketball. We wish him 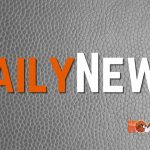 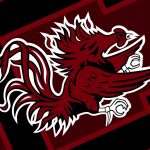 University of South Carolina head men’s basketball coach Frank Martin announced on Wednesday afternoon that Chuck Martin has been promoted to Associate Head Coach, and Brian Steele, a three-year letterwinner for Martin and the Gamecocks, has been promoted to Assistant Coach following the departure of Bruce Shingler to Maryland. “I’m very excited to give Chuck the 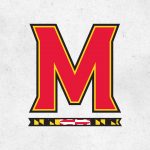 Maryland men’s basketball coach Mark Turgeon has announced the hiring of Prince George’s County native Bruce Shingler as assistant coach. Shingler most recently spent five seasons as an assistant coach at South Carolina, where he helped lead the Gamecocks to their first ever NCAA Final Four appearance. He grew up just miles from College Park 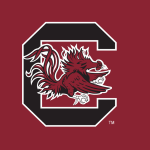 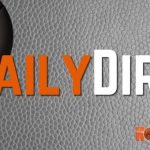 Yesterday was nuts. Curious to see what today will bring. Here are some things that I’ve heard… It sounds like Matt Scherbenske is no longer the associate head coach at the University of Central Arkansas. He had been on the Bears staff for the past six seasons. No official word on his departure from UCA,