“I couldn’t be more excited with the staff that we were able to attract to Cleveland State,” Felton said. “They are great leaders and the kind of men that will provide parents the confidence in placing their trust in CSU being the right place for their sons, while also providing inspiration to our players both on and off the court.

“Lou and Bryan are both well-versed and connected in recruiting our part of the country. They enjoy great relationships with both high school and grass roots coaches in our area. Those relationships and familiarity will go a long way in helping us to hit the ground running with local recruiting. They will also give us a national reach that will benefit our recruiting efforts. We plan for international recruiting to be a significant part of our efforts at CSU and there is no one in the country better networked abroad than Drazen.

“Connor is not only a young rising star in the profession, but he’s also a proud Cleveland native, a Gilmour Academy and Notre Dame College alum who is excited to be returning home in order to help us achieve something special at Cleveland State.

“I’m also excited about how our staff members will complement each other to cover all the important areas, while providing great team chemistry which is so important to every successful organization. We’re ready to roll our sleeves up and get to the hard work of building a great program that our players can benefit from and our students, alumni and fans can be proud of.”

Dawkins joins the staff at CSU after serving as an assistant coach at Northern Illinois for the last six seasons. He arrived at NIU in 2011-12 and helped guide one of the youngest teams in the country during his first two seasons.

In his third year, Dawkins helped the Huskies engineer the largest single-season win improvement in school history and the 10th largest nationally for the season, recording a 10-win improvement.

The 2015-16 squad won 21 games – the second most in school history – and earned a berth in the Vegas 16 tournament. In addition, that squad had three players earn all-league honors, the first time in 13 years that NIU had three all-league honorees.

Prior to NIU, Dawkins served as the head coach at Saginaw High (Mich.) for seven seasons, leading the team to a 149-28 record and Michigan Class A state championships in 2007 and 2008. He was the Michigan AP Coach of the Year both years and was tabbed the Basketball Coaches Association of Michigan Coach of the Year in 2007.

In 2007, the team was ranked second in the nation by MaxPreps as Dawkins was named the National Coach of the Year, while the 2008 sqaud was ranked fourth in the USA Today Super 25.

The Trojans won the Saginaw Valley Conference championship in six of Dawkins’ seven seasons as a head coach and he was named coach of the year three times.

A native of Saginaw, Mich., Dawkins played basketball at Tulsa from 1989-93, helping the Golden Hurricanes reach the Sweet 16 of the 1994 NCAA tournament, while earning second team all-conference honors and being selected as the Missouri Valley Conference Defensive Player of the Year.

He ranks fifth all-time in Tulsa history with 339 career assists and sixth all-time with 176 steals.

Dawkins received his bachelor’s degree in Health, Physical Education and Recreation from Tulsa in 1994.

Tibaldi has spent the last two seasons as the Director of Basketball Operations at DePaul after serving for four years as a video coordinator and director of operations at Missouri.

While at DePaul, Tibaldi was responsible for the day-to-day operations of the program, including coordinating the program’s administrative functions, team travel, community service and academic progress.

In his first year on staff, the Blue Demons earned a pair of wins over ranked opponents, including a win over No. 11 Providence, which was DePaul’s highest-ranked win in 10 years. A 21-point win over No. 20 George Washington was the largest margin of victory in program history by an unranked DePaul squad over a ranked team.

In addition, the team had 11 players recognized on the BIG EAST All-Academic team and was honored with the NABC’s Team Academic Excellence Award.

Tibaldi began his collegiate career at Missouri as the video coordinator before being elevated to director of operations in 2013. Prior to that, he spent two seasons with the Chicago Bulls, working as for the coaching staff as assitant video coordinator in 2009-10 and moving into the front office in 2010-11 as a basketball operations assistant.

A 2007 graduate of Michigan State, Tibaldi was a two-year letterwinner as a walk-on for the Spartans. Following his playing days, Tibaldi was a graduate assistant from 2007-09 on Tom Izzo’s staff, helping the Spartans to a 58-16 record that included a 2009 Big Ten title and a berth in the national championship game.

Tibaldi also earned his Master’s degree in 2009 from Michigan State.

Zlovaric has spent the last two years as a graduate assistant at Tennessee under head coach Rick Barnes after highly successful collegiate and professional careers.

Zlovaric grew up in Novi Sad, Serbia and came to the United State for his junior year of high school as an exchange student at Cleveland (Tenn.) HS. He later enrolled at The Patterson School in Lenoir, N.C., helping the squad to a 35-0 record and a No. 1 national prep school ranking. He was also a member of the Serbian U18 and U19 national teams and played on the 2013 Serbian World University Games team.

Zlovaric graduated from Chattanooga in 2013 with a degree in sociology.

Deckard, a native of Aurora, Ohio, arrives at CSU after spending last season as a graduate assistant at Tulsa. Deckard graduated from Notre Dame College (OH) in May 2015 with bachelor’s degrees in business administration and sport management.

He played basketball at Notre Dame (OH), playing in 62 games over two seasons and serving as team captain as a senior. Deckard spent his first two years of college at Washington & Jefferson College (Pa.).

He was a member of the Sport Management Association at Notre Dame College, served on the Student-Athlete Advisory Committee each at both schools, and participated in the Fellowship of Christian Athletes at Washington & Jefferson. 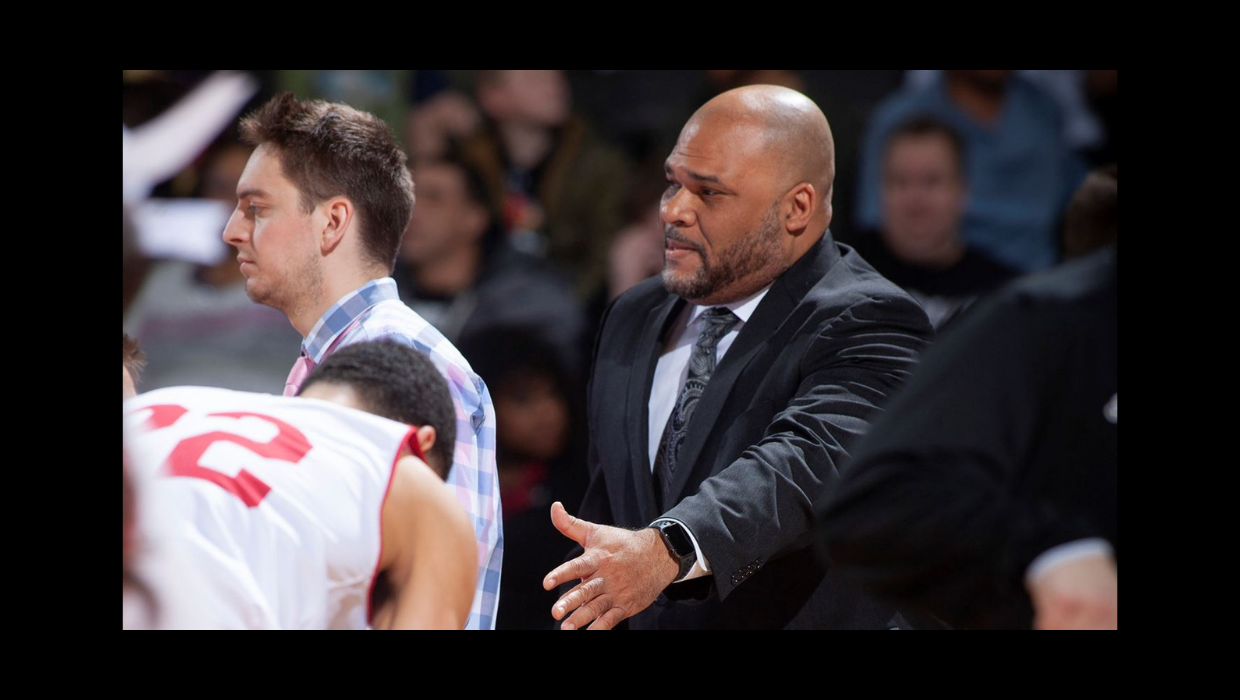