New Bucknell head men’s basketball coach Nathan Davis has rounded out his coaching staff for the coming season, and two of the three assistant coaches will be familiar names to Bison fans. Paul Harrison, the head coach at Division II Clayton State University for the past two seasons and formerly an assistant at College of Charleston and Wofford among others, will be new to the program. Former All-Patriot League guard John Griffin ’08 will be returning to the Bison, and Ryan Ayers, who just completed his first season as an assistant coach at Bucknell, will be remaining with the program.

Harrison brings 14 years of experience as a college basketball coach, primarily as an assistant coach at some very successful Division I mid-major programs. For the last two seasons, Harrison was the head coach at Clayton State in Georgia. He inherited a team in rebuilding mode with only six players on the roster, and in his second year in 2014-15 led the squad to a winning season (15-12) and a spot in the Division II regional rankings during the year.

Prior to his head-coaching stint at Clayton State, Harrison spent six years as an assistant coach, including the last two as associate head coach, at Wofford College in Spartanburg, South Carolina. During his time at Wofford under head coach Mike Young, the Terriers compiled a 111-85 record and a 74-47 mark in the Southern Conference. Wofford captured consecutive league titles in 2010 and 2011, and in the NCAA Tournament lost close games to Wisconsin (53-49) in 2010 and BYU (74-66) in 2011. After graduating five seniors from the 2011 championship team, Wofford came back the next season and won 19 games, including a victory over Wake Forest, and participated in the CBI postseason tournament.

A 1993 graduate of Washington & Lee University, Harrison had two tours at College of Charleston, first as a graduate assistant from 1996-98 and then as a full-time assistant from 1999-2001. Working under head coach John Kresse, the Cougars won league titles in all four of Harrison’s seasons in Charleston, compiling an overall record of 99-22 and a 63-11 mark in league play in the Trans America Athletic Conference and the Southern Conference. In 1997, the Cougars were ranked as high as No. 16 nationally and defeated Maryland in the first round of the NCAA Tournament.

Harrison also had one-year stops as an assistant coach at Long Island (1998-99) and Southeastern Louisiana (2005-06). In 2001, he took a break from coaching to attend law school, and he earned his Juris Doctor from Tulane University Law School in May 2004. Harrison practiced law in New Orleans and also helped out as an assistant coach at Metairie Park Country Day School before returning to the collegiate coaching ranks.

“Paul has been a part of some very successful programs throughout his career,” said Davis. “Everywhere he has been, his teams have won. He has worked with two great coaches in John Kresse at College of

Charleston and Mike Young at Wofford, and Paul was at Wofford when they really started to take off. He was a head coach at the Division II level for two years, and he is known for recruiting quality student-athletes. He has an excellent mind for the game of basketball, and I am very excited to have him join the staff.”

Griffin scored 1,084 points during an outstanding four-year career at Bucknell. As a senior, he captained the team and earned First Team All-Patriot League honors after averaging 13.1 points per game. Griffin ranks third on Bucknell’s career list for 3-point field goals with 220, and his 127 games played was a school record at the time. He was a key reserve as a freshman on the 2005 Bison squad that upset Kansas in the first round of the NCAA Tournament.

After graduating from Bucknell with a degree in economics in 2008, Griffin played professionally in Germany, Slovakia, England and Italy. He was the Player of the Year in the German Pro B division with Crailsheim in 2008-09, but his career was set back by a torn ACL.

In 2010-11, Griffin worked with the Indiana Pacers as a video coordinator. In addition to his video responsibilities, he participated in team practices and pregame warmups and did statistical analysis to help the coaching staff prepare scouting reports.

After playing his final pro season in Italy in 2011-12, Griffin was hired as the director of basketball operations at Rider University in June 2012. He was promoted to assistant coach in 2013 and had been in that position for the last two seasons before returning to Bucknell. This past season, the Broncs finished 21-12 overall, 15-5 in the Metro Atlantic Athletic Conference, and played in the CBI postseason tournament.

“John was a great player at Bucknell and is obviously familiar with what it takes to excel as a student-athlete here,” said Davis. “Above all else, he just has a passion for the game of basketball. When he was at Bucknell he was a captain and a leader, and he is the son of a coach. He was part of some of the greatest victories Bucknell has ever had, and now he wants to pass along his knowledge and experience to the guys in the program now. He did a great job at Rider and will be a valuable addition to our staff.”

Ayers made his coaching debut at Bucknell this past season, helping the Bison to a 19-15 overall mark, a first-place finish in the Patriot League at 13-5, and an appearance in the NIT.

Ayers was an Academic All-Big East selection while playing basketball at Notre Dame from 2005-09, and then he spent five years playing professionally before shifting his focus to coaching. A 6’7” guard, Ayers co-captained the Notre Dame men’s basketball team as a senior in 2008-09. He appeared in 117 career games for the Fighting Irish, including 51 starts, and averaged 6.5 points and 2.4 rebounds. He graduated ranked third in program history in 3-point field goal percentage (.424) and eighth in 3-pointers made (170). Ayers averaged a career-best 11.1 points per game as a senior and had a 35-point game with nine 3-pointers in a win over South Dakota.

Ayers was a two-year member of Notre Dame’s Student Advisory Council, and he graduated from the Mendoza College of Business in May 2009 with a degree in marketing. After graduation, Ayers launched a professional playing career that included stints both overseas and with the NBA Developmental League. He had D-League turns with the Fort Wayne Mad Ants (2009-10) and Austin Toros (2013), and he also played in Finland (2010-11, 2013-14) and France (2011-12).

Ayers comes from a highly regarded basketball family. Bucknell fans are very familiar with his younger brother, Cameron, who was a standout guard for the Bison from 2010-14 and was named the 2014 Patriot League Player of the Year. Ryan and Cameron are the sons of Randy Ayers, a former player at Miami (Ohio) who went on to a distinguished coaching career himself. Randy Ayers is the former head coach at Ohio State and with the NBA’s Philadelphia 76ers, and he is currently an assistant coach with the New Orleans Pelicans.

“Ryan spent the past year at Bucknell working with Dave Paulsen his staff, and he really learned a lot in that first year,” said Davis. “Ryan has developed a great relationship with our players, and he has been very active in recruiting, scouting and on-floor coaching in our workouts. He has all of the characteristics to become an outstanding coach.”

Davis was announced as Bucknell’s 21st head men’s basketball coach earlier this week. He was an assistant coach under Pat Flannery at Bucknell from 2003-08, and for the last six seasons won more than 78 percent of his games as the head coach at Randolph-Macon College.
The final position on his staff is the manager of basketball operations, and Davis expects to announce that hire in early May. 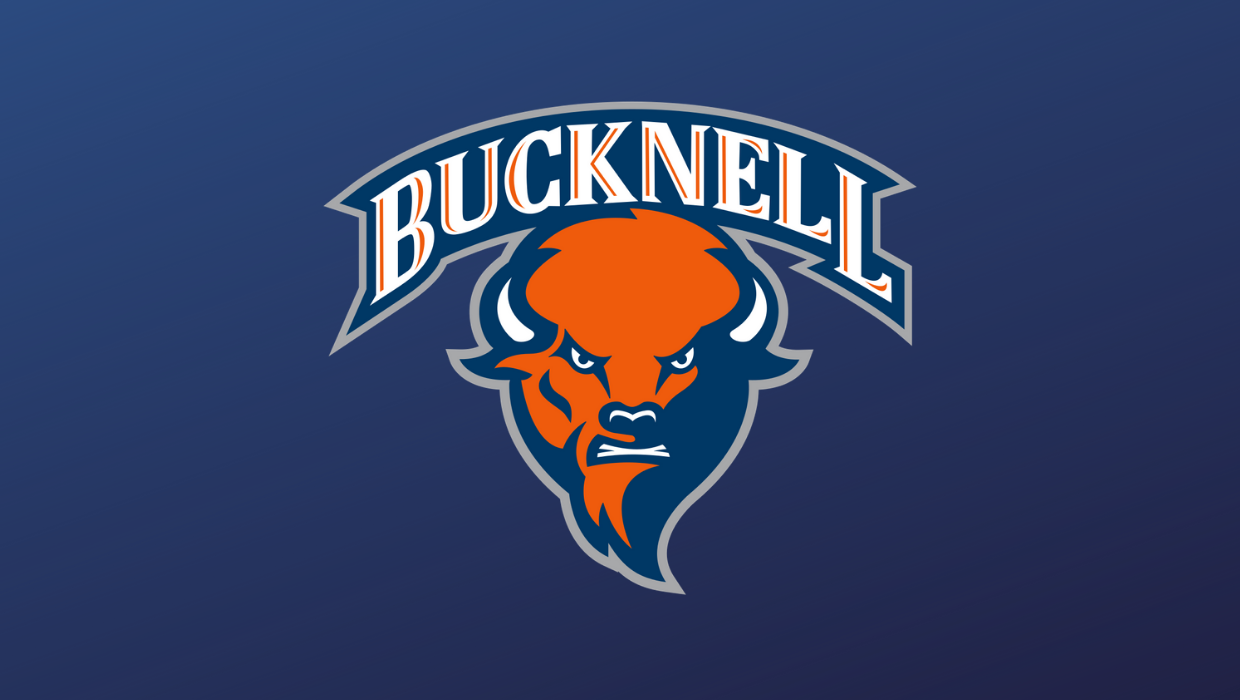