Marcus Wilson
It was just over four years ago when the jersey of Marcus Wilson was retired, permanently cementing his spot among the all-time greats to wear the Purple Aces’ jersey.  When the 2022-23 season commences, Wilson will find himself back on the bench as an assistant coach with the program.

Set to complete his first week at the helm of the Aces men’s basketball program, head coach David Ragland made the second addition to his coaching staff.  Wilson joins former teammate Craig Snow, who joined the staff on Saturday.

“I am elated to bring Marcus Wilson back to his alma mater in an assistant coaching position! Marcus is extra passionate about assisting in the success of our program. Marcus and I have known one another for over 20 years and I admire his competitive spirit and his desire to help young people become better in all aspects of life,” Ragland expressed.  “I wanted to hire a staff that wants to be at the University of Evansville and with the additions of Marcus and Craig, there is no doubt in my mind that this is where they want to be!”

Wilson enjoyed one of the most successful careers in program history, remaining 4th in career points with 2,053 and 5th with a total of 674 field goals.  His career free throw percentage of 88.7% is the best in UE history and remains one of the top 25 averages all-time in the NCAA.  The 1999 Larry Bird Missouri Valley Conference Player of the Year led the Aces to the regular season conference championship as a senior before the team garnered an at-large bid to the NCAA Tournament.

Matched up against Kansas in the opening round, Wilson scored 34 points in front of a national audience in New Orleans’ Superdome.  Wilson garnered All-American Honorable Mention accolades following the 1998-99 campaign and was named to the MVC All-Centennial Team in 2007.

“Words cannot express the gratitude and excitement I have to return to my alma and work for Coach Ragland on the men’s basketball staff.  I have known David for over 20 years, so my trust and respect for him is off the charts,” Wilson exclaimed.  “Being a player and winning a championship for the University of Evansville was one of the highlights of my life, so to return as a coach to help young men fulfill their potential both on and off the court with the opportunity to win another championship for this university is a dream come true.”

“I have so many positive memories over the last 27 years being a part of the Evansville family and I am excited and hungrier than ever to make new memories! Evansville, I’m coming home! Go Aces!”

Following his playing career at UE, Wilson played at the professional level for 11 seasons.  In the summer of 1999, he played with the Utah Jazz in the Rocky Mountain Review Summer League.  Following that opportunity, his international career began in France with AS Bondy in the Pro B League where he led the entire league in scoring in the final portion of the 2001 season and the entirety of the 2001-02 campaign.  In addition to separate tenures in France, Wilson’s professional career included time in multiple countries that included: Germany, Belgium, Ukraine, Spain and Turkey.

After retiring as a pro in 2010, Wilson returned to the United States where he worked in executive-level positions at Aaron’s Sales and Lease along with Chick-fil-a.  In August of 2013, Wilson joined former UE head coach Jim Crews on the staff at Saint Louis University as the Video Coordinator.  His first season with the Billikens was a special one as the team won 19 consecutive games while being ranked as high as 8th in the national polls.  SLU won the Atlantic 10 regular season title before opening the NCAA Tournament as a #5 seed while defeating North Carolina State in the first round.

Wilson remained on the Saint Louis staff until 2016.  Following his tenure with the Billikens, he assumed the position of Executive Director at the Monsanto Family YMCA in St. Louis.  He earned multiple honors since that time for his work in and around the community.  One of his most impressive accomplishments was being named a Delux Magazine Power 100 recipient, which honors 100 of the most influential African American business leaders in St. Louis.

With his executive career taking off, Wilson branched into broadcasting at UE in 2017.  Since that time, Wilson has worked for the university and the MVC as a color commentator for men’s basketball games on ESPN3 and ESPN+.  He is married to 2001 UE graduate Camilla Wilson and has three children – Isaiah Wilson, Ryan Wilson and John Bol.

One of the most storied careers in program history saw Snow accumulate 1,530 points in his career, a total that remains 10th in the record books to this day.  Snow was a member of the 1998-1999 squad who advanced to the NCAA Tournament.  In the Missouri Valley Conference Tournament, Snow led the Aces to the championship game while earning a spot on the All-Tournament Team.  A member of the conference Most Improved Team in 1999, Snow helped the team earn the regular season MVC championship.

“I am elated to have Craig and his family join our men’s basketball staff. Craig is an obvious choice for the position for numerous reasons that extend far beyond his days as a standout player for our program,” Ragland said.  “The fact that Craig has sat in every seat within a program is invaluable. His understanding for what it takes to run a successful program from the ground up was what attracted me to having him on staff. He has a wealth of knowledge in all aspects of the job. Craig is extremely passionate about restoring the success of our storied program and I look forward to working with him as we strive to achieve those goals.”

As a junior in the 1999-2000 season, Snow was named an All-MVC First Team player before earning a nod on the second team in 2001.  In his final two seasons as a player, he paced the team with 16.3 and 14.6 points per game, respectively.  Snow was also the leading rebounder for UE during those two years.

Following his playing days, Snow enjoyed success as a coach at multiple levels.  Most recently, he worked at the University of New Mexico where he was a special assistant to the head coach.  He assumed the position in July of 2019.  Prior to that, he spent five seasons as the head men’s basketball coach at New Mexico Highlands University while spending part of that time as the interim and full-time athletic director.

“I am extremely grateful to be returning to the University of Evansville to work for Coach Ragland, as he shapes the next chapter in our great and storied history. He is someone I have known and respected for years, both personally and professionally. There are very few, if any, opportunities that would have attracted me this strongly,” Snow exclaimed.  “It was the fulfillment of a dream to play for the Purple Aces and win a championship there after having followed them as a kid. To return to the program as a coach is something that resonates with me very deeply.  I’m looking forward to getting to campus and starting this journey to the top of the Missouri Valley Conference!”

During his tenure at NMHU, Snow coached six All-RMAC and three all-region players.  In his final season with the program, he guided his squad to a program-record 22 wins, the Cowboys’ first Rocky Mountain Athletic Conference (RMAC) Tournament title and second NCAA Tournament appearance. He coached the Cowboys to 14 RMAC wins twice, tied for second-most wins in single-season program history.

Prior to his time at NMHU, Snow spent three seasons on the UNM men’s basketball staff. In 2013-14 as an assistant coach, Snow helped guide the Lobos to a 27-7 record, a Mountain West Tournament Championship and a No. 7 seed in the NCAA Tournament. New Mexico was ranked as high as 17th nationally in the 2013-14 season.

UNM went a combined 84-20 with three Mountain West Tournament titles and three appearances in the NCAA Tournament during his first stint with the program. Snow spent his final season with UNM as an assistant coach after serving as the director of basketball operations in 2012-13 and the video administrator in 2011-12.

After receiving his Bachelor of Science degree in physical education from Evansville in 2001, he went on to play professionally overseas in both Luxembourg and Austria. While in Luxembourg in 2001-02, he averaged more than 30 points per game and was voted to the all-star team.  Following his stint overseas, Snow made his way to New Mexico for the first time to be the head boys’ basketball coach at Bosque in Albuquerque from 2004-11, also serving as athletic director from 2005-11. At Bosque, Snow led the Bobcats to a 125-69 record, five state tournament appearances, three district championships and a state semifinal appearance.

Snow is married to Dr. Jessica Snow, who received her Ph. D. from The University of New Mexico in 2009, and they have three children: Adelynn, Beckett and Alannah. 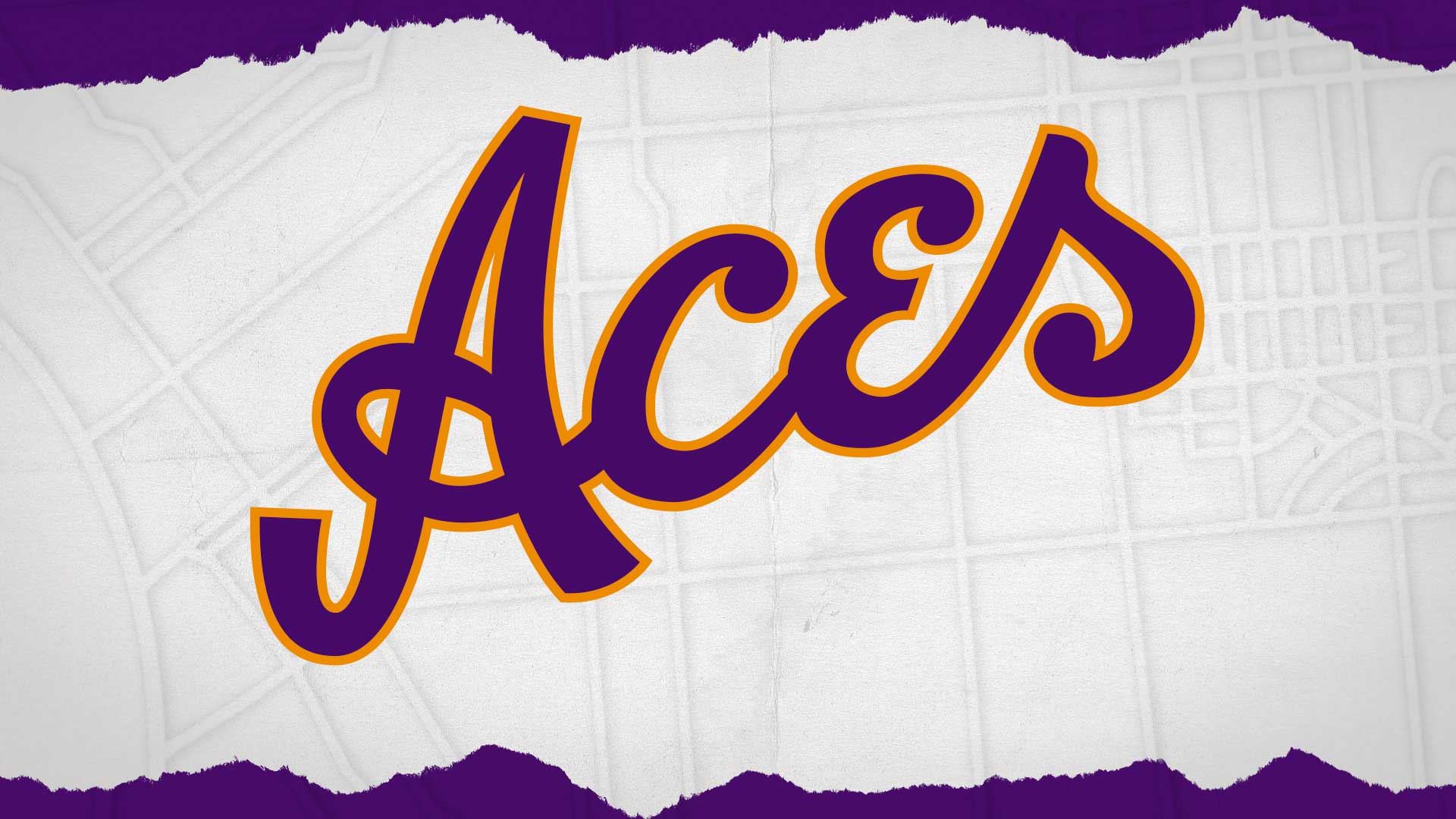