James Tyler “J.T.” Burton has been named the men’s basketball coach at Tusculum College announced vice president of student success and athletics Doug Jones.  Coach Burton will be introduced to the Tusculum community at a press conference on Thursday.

Burton becomes 28th men’s basketball coach at Tennessee’s most historic college and the seventh head coach during the NCAA Division II era of the program.

Burton brings over 20 years of basketball coaching experience with him to the Greeneville campus, including seven years as a collegiate head coach.  His basketball journey has included NCAA Division I stops at the University of Tennessee as director of player development for the men’s basketball program in 2014-15 and most recently as an assistant coach at Morehead State University.

As a collegiate head coach, Burton has amassed 150 victories which includes five 20-win campaigns, three national postseason appearances and two trips to the national quarterfinals.  He has proven himself to be an outstanding recruiter and teacher, mentoring numerous student-athletes who have earned All-Conference, All-Region and All-America distinction along with several All-Academic honorees.

“I am delighted that J.T. Burton will be our next men’s basketball coach.  His passion for the game and his skill in recruiting, teaching and coaching are contagious.  We conducted an extensive search and a number of superb candidates were interviewed throughout the process,” said Jones.  “Winning basketball is very important to our administration and alumni and we are excited about the selection of Coach Burton.  We are very confident that Coach Burton will have our program competing for championships in the very near future. We are thrilled to welcome him and his family to the Tusculum community and Pioneer Nation.”

Burton coached two seasons at Motlow State Community College in Lynchburg, Tennessee where he led the Bucks to an impressive 55-13 record.  In 2016, he coached Motlow State to a 25-7 record and finished runner-up in both the Tennessee Community College Athletic Association (TCCAA) and the NJCAA Region XII Tournament.  In 2017, he guided the Bucks to a 30-6 campaign while sweeping the Region XII regular season and tournament titles, and advanced to the NJCAA Elite Eight. For his efforts, he was named the Region XII Coach of the Year.

He spent a successful six-year run as head coach at St. Catharine College in his native Springfield, Kentucky where he compiled a 95-80 worksheet.  During his coaching tenure, St. Catharine transitioned from a two-year to a four-year institution, playing on the NAIA level and were members of the Mid-South Conference.

“Becoming the head coach at Tusculum College is something a guy like me dreams of. Tusculum is a college that is built on tradition and a place that is very family oriented and student friendly,” said Burton. “It’s a place where you can win and win now. Our style of play will be fast-paced and we will get up and down offensively. We will be a disciplined team on both ends of the court. My goals for this program are to win and to get the Pioneer program to where it is a conference and national powerhouse.”

Burton served as an assistant coach at St. Catharine during the 2007-2008 season and was promoted to the head coaching post the following year.  He was named the Mid-South Conference Coach of the Year in 2011 after the Patriots went 24-10 and advanced to the NAIA National Tournament.  Burton led St. Catharine to three 20-win seasons as the Patriots made another NAIA Tournament appearance in 2014, advancing to the national quarterfinals.

Burton played collegiately at St. Catharine for two seasons and was a member of the Patriots’ 30-5 squad which advanced to the NJCAA National Tournament for the first time in school history.

He and his wife, Carla, have two daughters, Alexis and Jada. 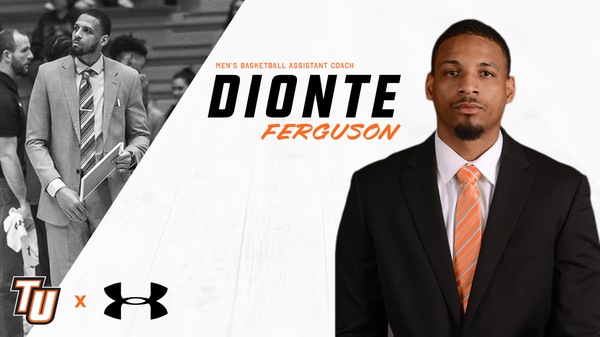