University of South Carolina head men’s basketball coach Frank Martin announced on Wednesday the hiring of Will Bailey as an assistant coach for the Gamecocks.  Bailey arrives in Columbia after spending the past four seasons in the same position at Saint Louis.

“I’m excited to add Will Bailey to our staff; he is a perfect fit,” Martin said.  “We have known each other since our America East days when I was at Northeastern and he was at Maine. He has a relentless work ethic that he uses in recruiting and player development. It is no surprise that everywhere he goes the program starts to win.”

A Chicago native, Bailey has served as an assistant at SLU, La Salle, East Tennessee State, Maine and Chicago State and has over 15 years of experience at the Division I level.

“I’m very excited to be joining Coach Martin’s staff here at the University of South Carolina.  He is well respected in the college coaching community and in the SEC,” Bailey commented.  “The University of South Carolina is an outstanding institution with a great reputation for both athletics and academics. Coach Martin has built a great culture here and has a vision for the future of which I am proud to become a part of. I am super excited about this opportunity.”

Bailey was hired at Saint Louis in April 2016, and helped the Billikens improve their win total each season he was on staff, highlighted by a 23-13 overall record, an A-10 Tournament Championship and a berth in the NCAA Tournament in 2018-19.  He helped tutor all-conference guard Javon Bess, who was named the A-10 Defensive Player of the Year in 2019.

While at La Salle, Bailey helped the Explorers reach the Postseason NIT in 2011-12, before the squad advanced to the NCAA Tournament Sweet 16 in 2012-13.  La Salle was one of the top 3-point shooting teams in the nation in 2011-12 as well, finishing fourth nationally at 40.6 percent from beyond the arc.  Bailey played an important role in the development of all-conference guards Earl Pettis, Ramon Galloway and Tyreek Duren with the Explorers.

Bailey spent seven seasons as an assistant at ETSU under his former coach Murray Bartow, helping the Bucs to six conference titles, three NCAA Tournament berths, an NIT appearance and four 20-win campaigns.  Bailey coached two of the top three scorers in ETSU history in Tim Smith and Courtney Pigram and three conference players of the year during his time with the Buccaneer program.

Bailey also spent one season as an assistant at both Maine (2002-03) and Chicago State (2001-02), and as a student assistant and later a graduate assistant at UAB after completing his eligibility.

Prior to his time coaching, Bailey played two seasons at UAB (1995-97) and served as team captain of the 1996-97 squad that reached the NIT.  He was also selected as the team’s top defensive player in 1997.  Bailey spent two seasons at Parkland College, helping his team to a No. 1 ranking and the NJCAA National Tournament in 1994, and in 1995, Bailey averaged 18 points per game, led the nation in assists and was a first-team all-conference selection.  He was inducted into the Parkland College Hall of Fame in 2019. 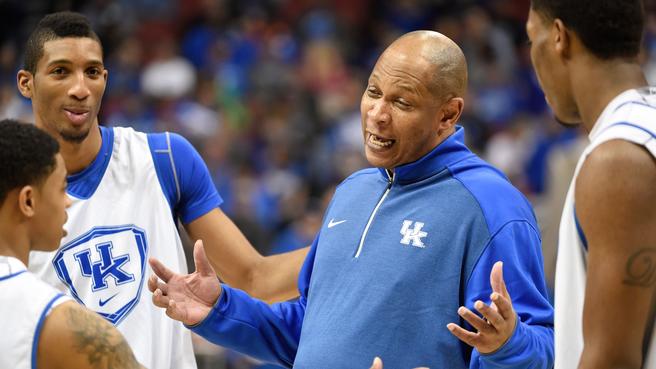