Prohm recently rejoined the Racers in March after a successful nine-year run at Murray State – as assistant under Billy Kennedy from 2005-11, as head coach from 2011-15 – and head coach at Iowa State from 2015-21.
Having assembled a dynamic and skilled staff with decades of experience in all levels of basketball, the Racers are once again positioned with one of the nation’s premier staffs.

“I am very excited about the staff that we have been able to assemble as we transition into the Missouri Valley Conference,” said Prohm. “One of the most important things for me when building the staff was to find coaches that understood the expectations and the standard of excellence that this program is accustomed to. I think we have a great balance of experience and youth, which in turn will help in developing great relationships within our program, with our players and within our community.”

Cole Christian worked three seasons with Coach Prohm at Iowa State as Graduate Assistant Coach where he handled all video operations and player development from 2018-21.

He was part of Iowa State’s 2018-19 season in which the Cyclones went 23-12, won the Big 12 Tournament and advanced to the NCAA Tournament. ISU was ninth nationally in adjusted offense, led the Big 12 in scoring offense (76.9) and field goal percentage (47.6). ISU defeated six ranked opponents in 2018-19 and had four players earn All-Big 12 honors, including Marial Shayok, who was named an All-American. In three seasons, Christian also worked with three NBA Draft selections including Shayok, Talen Horton-Tucker, and Tyrese Haliburton.

Christian worked at Akron in 2021-22 as Director of Basketball Operations & Analytics. The Zips went 24-10 on their way to a MAC Tournament Championship, earning a 13-seed in the 2022 NCAA Tournament and a match-up with 4-seed UCLA. Three Zips earned all-conference honors including Enrique Freeman being named MAC defensive player of the year.

Christian’s first coaching stop in 2017-18 was at UT Martin where he served as Director of Basketball Operations.

Along his journey, Jackson has had successful stops with Virginia Tech, The University of Cincinnati, UMass, and William & Mary.

A native of Maryland, Jackson earned a degree in business management and accounting from Pikeville College in 1993.

Joining the Racers from Morehead State, Jonathan Mattox helped the Eagles win 23 games in 2020-21 and the program’s first Ohio Valley Conference Tournament championship in 10 years. He coached at Morehead State nine seasons total after joining the team as Director of Operations in 2016. Mattox was elevated to Associate Head Coach in 2021. He worked in developing Johni Broome into OVC Freshman of the Year and eventually OVC Player of the Year and he coached All-OVC players Ta’Lon Cooper, Xavier Moon, DeJuan Marrero and Lamontray Harris.

Mattox started his coaching career at Emmanuel College (Ga.) in 2011 where the team went 49-21 in two years.

He graduated from Emmanuel in 2011 with a degree in business and he earned a master’s degree in coaching and athletic administration from Concordia (Calif.) in 2013.

Coach Marcus Brown continues his role as Assistant to the Head Coach and Director of Player Development, the same duties as in the 2021-22.

In Brown’s first season with the Racers, the MSU Hall of Famer was a big part of a historic 31-3 season, which included the Racers’ fifth win the NCAA Tournament, 92-87 victory over San Francisco in Indianapolis. With Brown applying his extensive playing experience, the Racers became just the fifth team in OVC history to win the regular season championship undefeated in going 18-0. He was instrumental in the development of All-OVC selection Justice Hill, who became one of the most improved players in the nation.

Brown became a legend at Murray State from 1992-96 where he played for Coach Scott Edgar and Mark Gottfried. Brown was a two-time OVC Player of the Year and is third all-time on the career points scored list at MSU with 2,236 points. He was inducted into the MSU Hall of Fame in 2010 after a 14-year professional career in which he became the highest scoring American player in Euro League history. Brown’s No. 5 was also retired in 2010.

After serving as Graduate Assistant Manager in 2021-22, Jack Seltsam begins a new position with the Racers as Video Coordinator.

As Video Coordinator, Seltsam will be in charge of all video/film activities including video exchange and creative video. He will also handle the team social media efforts and assist in recruiting logistics.

A native of Dayton, Ohio, Seltsam graduated from Murray State in 2020 with a degree in business administration and is currently working toward a master’s in human development and leadership at MSU. 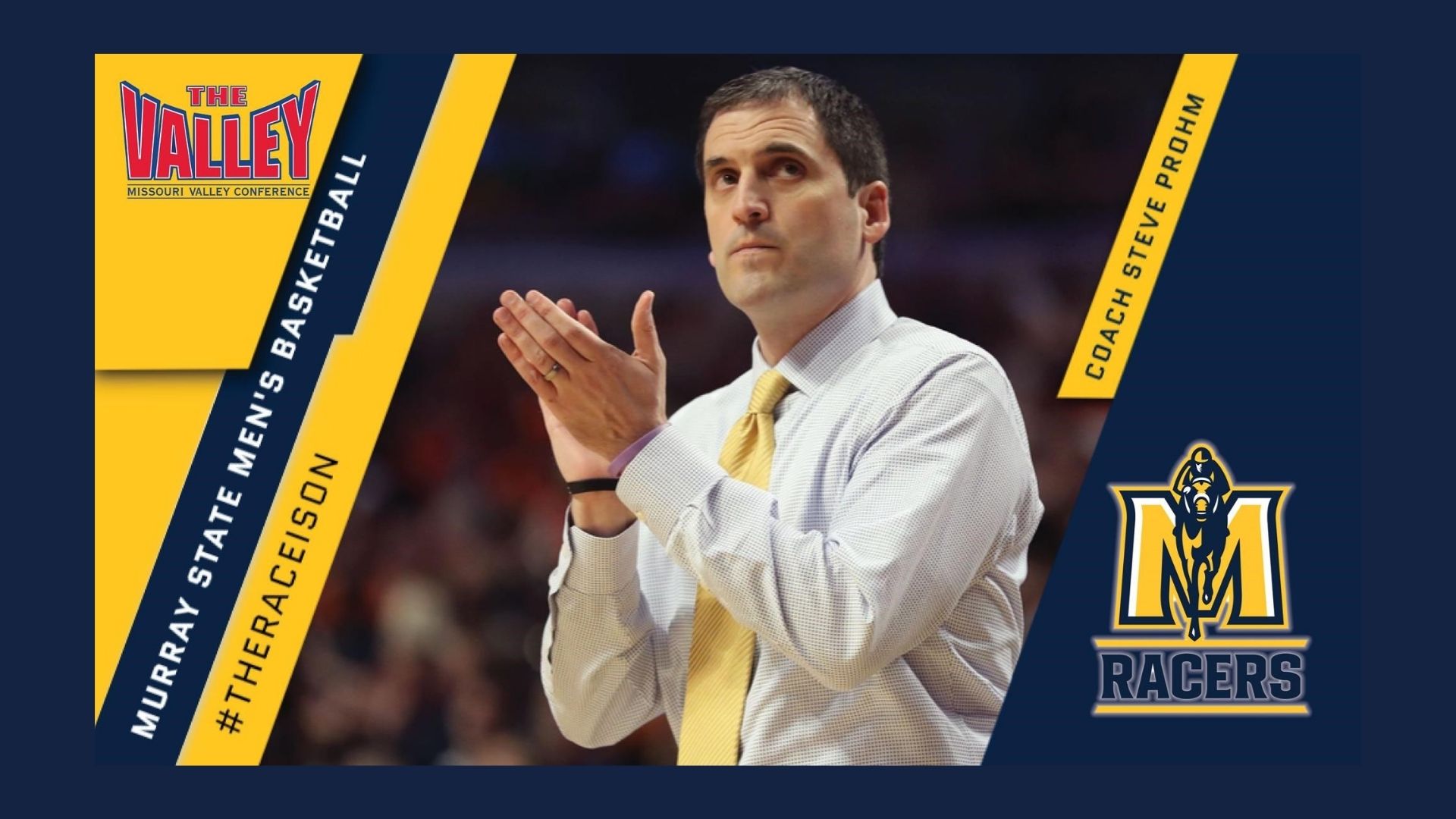 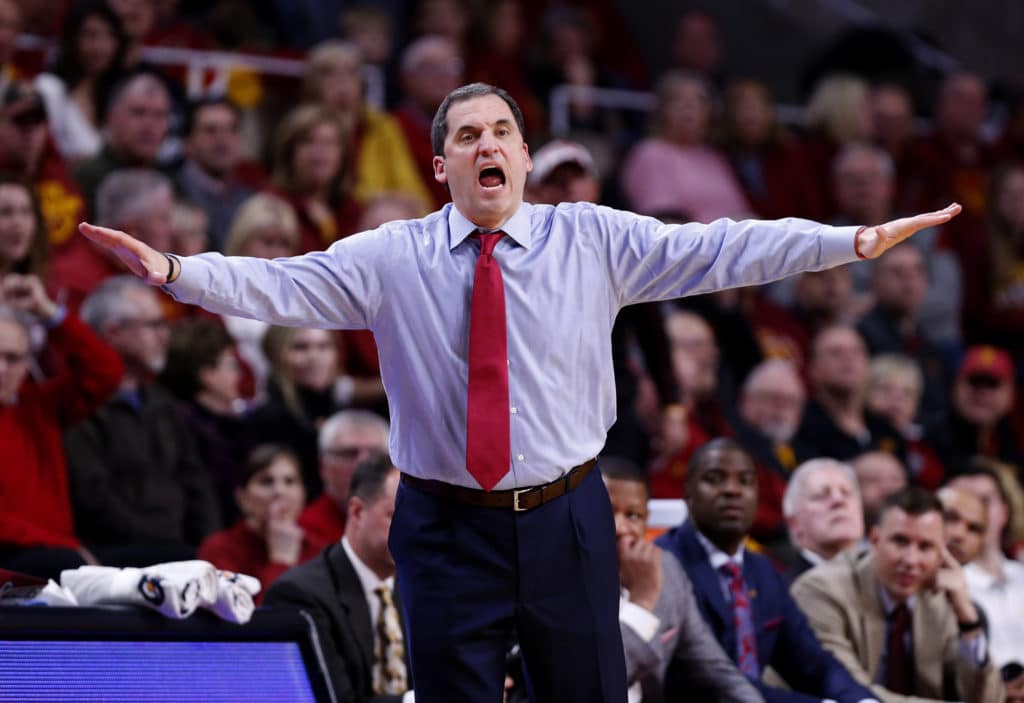