Thanks to great sources who got HoopDirt.com out in front of this one earlier in the week (DIII DIRT). It’s now been made official, as Penn State Altoona has announced the hiring of David McGreal as the next head coach of its men’s basketball program.

McGreal becomes the sixth head coach in the Division III era of the Penn State Altoona men’s basketball program, which began with the team’s first season as a member of the National Collegiate Athletic Association (NCAA) in 1998-1999.

“I want to say thank you to [Penn State Altoona Director of Athletics] Mr. Brent Baird and the entire search committee for selecting me to be the next head coach at such a prestigious institution as Penn State Altoona,” said McGreal. “I am humbled that they believe in me and my abilities enough to hand over the reins of this program. It is truly a dream come true for me to be a head college coach, and I couldn’t be more excited that it is here at Penn State Altoona.”

McGreal has posted a successful 15-year track record as a basketball coach, ascending the ranks from high school to junior college to the NCAA Division III level. He was most recently the associate head coach at LaGrange College (GA), where he spent five seasons and helped guide the Panthers to three consecutive NCAA Division III Tournament appearances.

“Coach McGreal will be an asset to the Penn State Altoona athletics department, and we look forward to the passion and enthusiasm that he will bring to our men’s basketball team,” said Penn State Altoona Director of Athletics Brent Baird. “David has proven that he has the ability to elevate the programs with which he is associated. He also brings extensive postseason experience from the perspectives of both a player and a coach.”

With the Penn State Altoona men’s basketball squad expected to return a strong core of upperclassmen for the 2016-2017 season, and with the Adler Athletic Complex renovation and construction of a new gymnasium on the horizon, McGreal embraces the opportunity presented to him.

“While I know that it will be challenging coming in as a new coach in a new league where I will be learning on the fly, I am confident that the returning players – especially the seniors – will aid me in that transition immensely. It is not often that a coach inherits a team that has its leading scorer, leading rebounder, leading assist man, leader in steals, and leading bench scorer all returning, so I feel lucky to have such experience coming back. I am excited about the possibilities for not only next year, but for the future of Penn State Altoona basketball,” McGreal stated. “I am also very lucky to come into a program where the administration is all in with its support of the athletic programs. That is evident with the investment in the construction going on at the Adler Athletic Complex right now. When it is finished, we will have one of the nicest complexes in the Allegheny Mountain Collegiate Conference to help aid in all athletics recruiting.”

“I also want to thank my wife, Jamie, for being so supportive of me, as she is relinquishing her duties as the head women’s volleyball coach at LaGrange in order for me to follow my dream,” McGreal added.

Prior to the start of his coaching career, McGreal was a four-year player at Division III Maryville College (TN), where he played all three guard positions and contributed to two NCAA Tournament teams. He graduated from Maryville in 1998 with a degree in Psychology.

McGreal’s coaching career began in 2001, when he returned to Maryville as a volunteer assistant coach. That season, the Scots finished with a 25-4 record and advanced into the Sweet Sixteen of the NCAA Division III Tournament.

In 2002, McGreal embarked upon a four-year stint as the head boys’ basketball coach at Rockledge High School (FL). His varsity squad achieved a 20-win season in 2006, and McGreal was awarded the Florida Athletic Coaches Association District 13 Coach of the Year honor. During his time at Rockledge, he also served as the assistant athletic director and was a Social Studies teacher.

McGreal moved on to lead the boys’ basketball team at Gulf Breeze High School (FL) for three years, beginning in 2006. He helped the Gulf Breeze varsity team record its first winning season in 13 years in the 2007-2008 campaign. McGreal also coordinated fundraising, budgeting, and marketing initiatives with Gulf Breeze athletics boosters, and he served as a Social Studies teacher at the school.

In 2009, McGreal returned to the college ranks to assume the role of assistant men’s basketball coach at Roane State Community College (TN). Among his duties with the men’s basketball program were helping to oversee game management, executing day-to-day workout plans and practices, and serving as the recruiting coordinator. McGreal helped produce four NCAA Division I transfers, including the first National Junior College Athletic Association (NJCAA) All-American men’s basketball player in Roane State program history. In addition to coaching, McGreal was in charge of the college’s intramural sports program.

After two years at Roane State, McGreal advanced to become the associate head men’s basketball coach at Division III LaGrange in 2011 and helped the program reach new heights. In 2012-2013, McGreal assisted LaGrange to its first-ever Great South Athletic Conference (GSAC) regular season title. The next two seasons, the Panthers achieved back-to-back USA South Conference championships and earned automatic bids into the NCAA Division III Tournament each year, the first NCAA postseason appearances in program history. In 2015-2016, the Panthers posted a 20-9 overall record – the most wins since the team’s 1991-1992 season – and picked up an at-large berth into the NCAA Division III Tournament.

At LaGrange, McGreal worked closely with the head coach to devise practice and game plans. He was also the program’s recruiting coordinator, bringing in 50 student-athletes in four recruiting classes, including a GSAC Freshman of the Year and the first National Association of Basketball Coaches (NABC) All-South Region selection in team history. McGreal was the head coach of the Panthers’ junior varsity squad, the Varsity Reserve Program. He also served as LaGrange’s Director of College Access and Admissions, providing strategic insight in recruiting for the college.

Throughout his basketball career, McGreal has been involved in operating 14 different basketball camps from 1995 to present, and he also has experience coaching at the Amateur Athletic Union (AAU) level, as he established the Breeze Basketball youth club.

McGreal is a member of the NABC, the Georgia Basketball Coaches Association (GABCA), and the National Association for College Admission Counseling (NACAC). He earned a Master’s degree in Education from LaGrange in 2014.

McGreal originally hails from Rockledge, Fla., and he and his wife, Jamie, have a daughter, Riley. 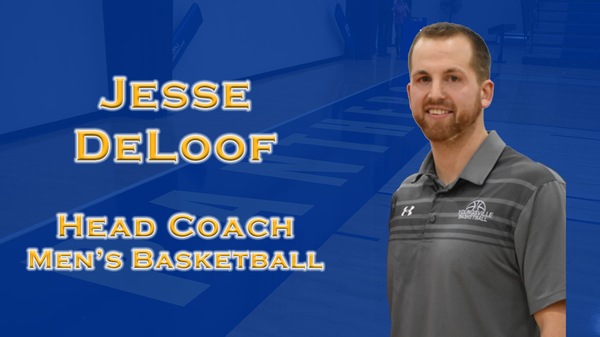