This opening set for the Warriors against the Cavaliers set the tone for the rest of the game. This is a good set if you know that the opposing team is dragging ball screens or hand offs. It is a simple off-ball screen into a dribble handoff where the big man handing the ball off dives to the rim for a lob.

This was an impressive set to help Florida get a wide open three-pointer at the end of the game. Chris Chiozza acted like he was going around the screen to get an open three but instead turned around and screened for Dorian Finney-Smith.

Coming out of a timeout, the Timberwolves ran a simple UCLA action into Flex. Threw this set in here because it is rare to see teams score off of Flex at the college and pro level these days.

It is always easy to lose the screener on most plays. After sending three players through Jameel McKay’s screen, he goes back behind the defense for the lob.

This set separated the Irish from the Blue Devils at the end. It is a nice counter to going off of the stagger screen to reject it altogether and have the first screener dive to the rim. Bonzie Colson did a perfect job of screening the defender’s hip to allow him a clean opening to the rim. 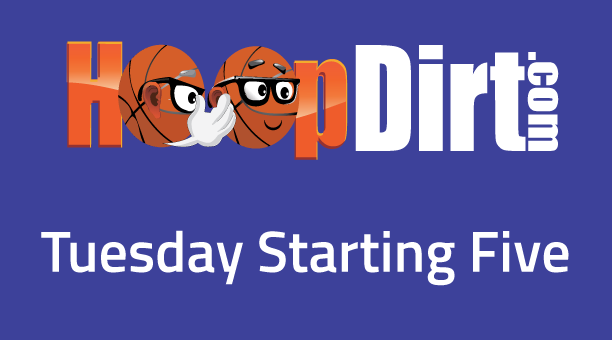