An assistant coach with the team that pulled off the biggest upset in the history of the NCAA Division I Men’s Basketball Tournament and Mid-Eastern Athletic Conference alum  is the new head coach at Delaware State University.

DSU Director of Athletics Scott Gines has announced that Eric Skeeters, most recently an assistant at Maryland-Baltimore County (UMBC), has been appointed as the 13th head coach of the Hornets’ men’s basketball program. This is his first head coach position.

Prior to joining the Hornets, Skeeters served two seasons as an assistant under head coach Ryan Odom at UMBC from 2016-to-2018.

Last March, the Retrievers shocked the college basketball world and ruined millions of brackets with a historic 74-54 win over top-ranked Virginia, the first-ever win by a  No. 16 seed against a No. 1 seed in 136 all-time NCAA Men’s Basketball Tournament match-ups.

UMBC’s 2017-18 season was also highlighted by the second America East Tournament championship in team history and a school-record 25 wins (25-11).

“Eric Skeeters stood out among an outstanding group of candidates for head coach of the Delaware State men’s basketball team,” said Gines. “He’s a 21-year Division I assistant who has contributed to successful programs in highly competitive conferences, including the MEAC. During his career, Skeeters has played a key role in helping to rebuild programs, while serving on staffs that engineered two of the biggest upsets in NCAA Tournament history.”

According to Gines, Skeeters has the experience and leadership attributes the DSU men’s basketball program needs at this time, besides being a good fit for the school.

“Eric will resonate with our current players, community, and alumni.  They will love his energy, drive, and devotion. He is well positioned to lead our men’s basketball team,” said the new Delaware State AD.

From 2013 to 2016, Skeeters was an assistant coach at George Mason University in Fairfax, Va., and the previous four years he was a member of the University of South Florida coaching staff. While at South Florida, he helped lead the Bulls to their first NCAA Tournament bid in 20 years. USF made the most of its 2012 Big Dance appearance, defeating California and Temple before falling to Ohio in the round of 32.

He was a young assistant coach for the 1996-97 Coppin State team that pulled a post-season upset of the University of South Carolina, marking the second victory by a No. 15 seed over a No. 2 in NCAA Tournament history.

“Delaware State University is a unique opportunity and I look forward to putting together a staff and team that will enable us to create something special,” said Skeeters. “As a MEAC grad, my goal from day one will be to recruit, coach and develop champions on the court, in the classroom and in the community.”

Skeeters added, “My journey around the game of basketball has taught me to surround yourself with great people that you believe in. My meetings with Director of Athletics Dr. Scott Gines, DSU President Dr. Wilma Mishoe and the committee made a huge impact in the decision process. I would like to personally thank Dr. Mishoe & Dr. Gines for this opportunity because I was thoroughly impressed with their vision for DSU, the athletics department and our program.”

Skeeters was awarded a bachelor’s in management science from Coppin State in 1997. He and wife Marie have two sons, Evan and Miles. 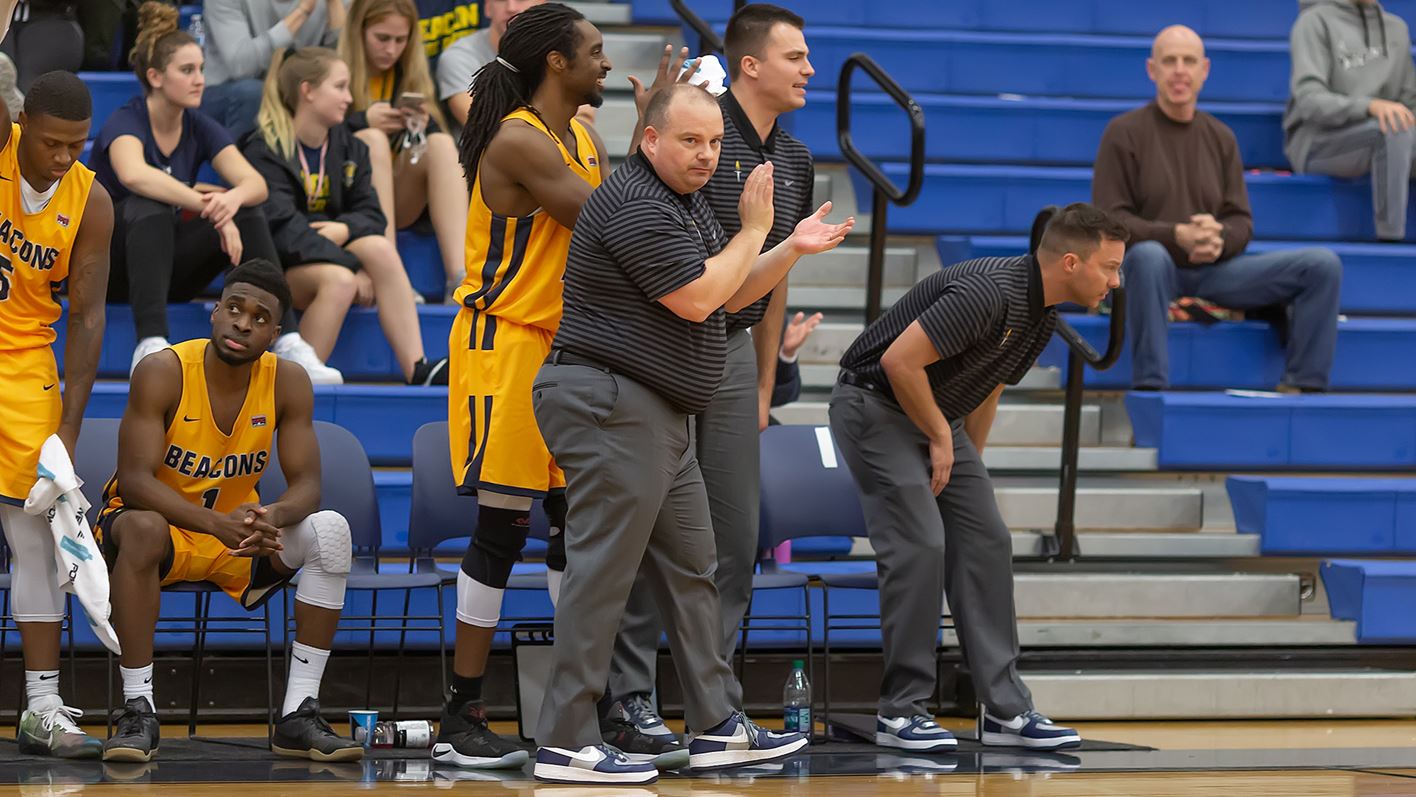