Trent Angelucci, the video coordinator at Georgia Tech the last four years, has been hired as Eastern Kentucky’s Director of Basketball Operations.

Before joining the staff at Georgia Tech, Angelucci was an assistant coach at Transylvania University for two seasons (2009-11).

“Trent is a tremendous addition to my inaugural staff at EKU,” head coach Dan McHale said.  “He brings a wealth of knowledge and experience to our staff that will compliment us very well.  Working most recently in the ACC for a great coach like Brian Gregory will be beneficial in all aspects of our program.”

Angelucci’s duties as the video coordinator at Tech from 2011 to 2015 included preparing and analyzing all film edits for scouting and player development, breaking down every opponent’s offense for each scout, researching and completing statistical analysis reports, and developing and updating detailed recruiting schedules for each recruiting season.

The Lexington, Kentucky native is the son of Dr. Steve Angelucci, the president of Lexington Catholic High School.  Steve served as the assistant athletics director for external relations at Eastern Kentucky during the early to mid 1990’s.

“Being a Lexington native and his family ties to EKU makes Trent’s homecoming even more special,” McHale said.  “I’m thrilled to welcome him aboard and excited as he is a rising star in our business.”

As an assistant at Transylvania, Angelucci had on-court coaching, scouting and recruiting responsibilities.

Angelucci joins assistant coaches Michael Bradley, Reece Gaines and Doug Davenport on McHale’s first EKU staff.  Eastern is the only program in the nation with two former first round NBA draft picks on its staff.  Bradley was the No. 17 pick by Toronto in the 2001 NBA Draft and Gaines was the No. 15 pick in the 2003 draft by Orlando. 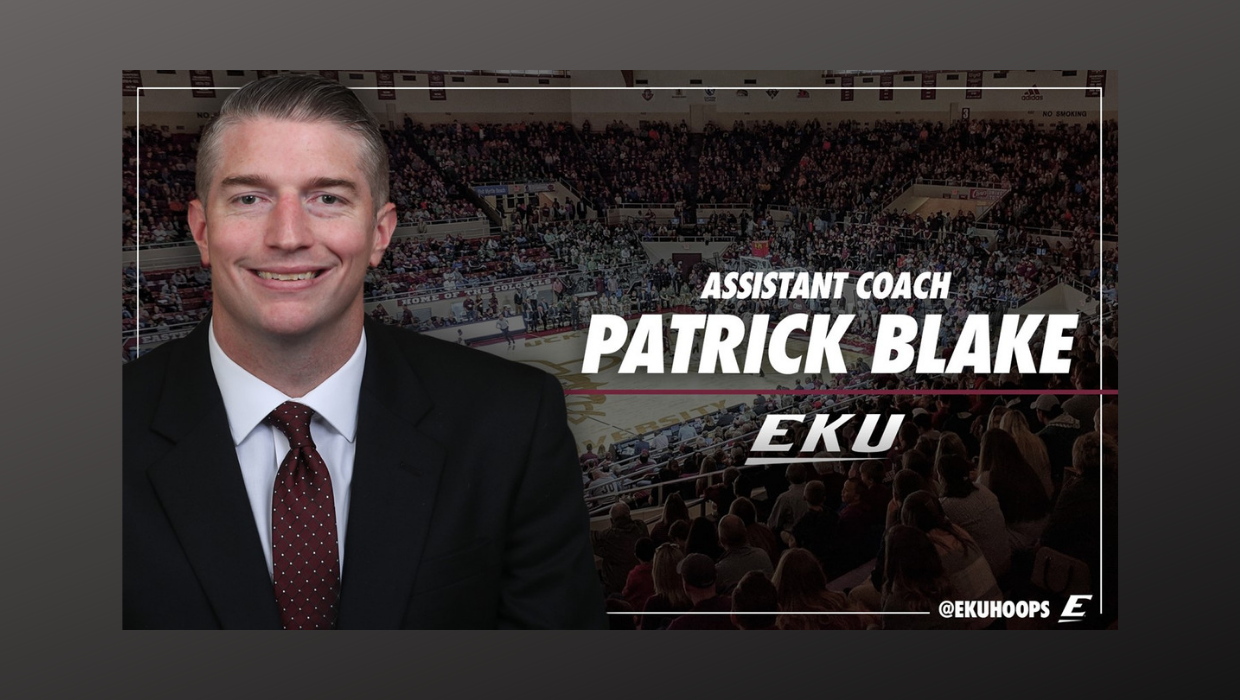