Mark Prosser has been hired as the 7th head coach in Winthrop men’s basketball history, announced Friday by the Vice President for Intercollegiate Athletics Ken Halpin.

Prosser has spent the last three seasons as the head coach of the Western Carolina men’s basketball program and is no stranger to Winthrop. In April of 2012, Prosser was hired as an assistant coach under Pat Kelsey and then served as Associate Head Coach from August of 2013 until his departure to Western Carolina in the spring of 2018.

“The turnaround Mark created at Western from year one to year two proved in my mind that he was ready to be a head coach,” said Halpin. “So the opportunity to hire a sitting head coach who knows our tradition, our players and our community here in Rock Hill was exactly what we wanted.”

Before departing for Western Carolina, Prosser played a role in helping bring the Winthrop men’s basketball program back to the top of the Big South Conference, which was achieved when the Eagles captured the 2017 Big South Conference Championship and returned to the NCAA Tournament.

“My family and I could not be more excited to come home to Winthrop University and the Rock Hill community,” said Prosser. “We’d like to thank Dr. Halpin, Dr. Hynd, the Board of Trustees and the entire Winthrop community for entrusting us with one of the most prestigious college basketball programs in the country.”

In just his second season at the helm of the Catamounts program, Prosser led the team to a 12-win improvement to finish the season at 19-12. It was the second-most improved mark across NCAA Division I men’s basketball. That season the team reached the Southern Conference semifinals before falling to eventual champion ETSU. That season Prosser’s achievement was recognized by College Insider as he was honored as the Skip Prosser ‘Man of the Year’ award, which is named after his father.

Winthrop has been one of the top three-point shooting teams in the Big South Conference and nationally over the last 5-6 years and Prosser’s teams in three seasons averaged 9.15 threes per game, which included a program record for a single-season with 302 in 2019-20. In 2018-19 the team set the program record for threes in a single-season, which now sits as the second-most.

During his 15-year coaching career on the NCAA level, Prosser has been an assistant coach at Wofford College on two occasions and Bucknell while spending one season at Brevard College as the head coach before joining Winthrop’s staff.

In his second stint at Wofford College, Prosser helped the Terriers to a 2010-11 Southern Conference Championship and NCAA Tournament appearance. While at Bucknell the team averaged 20 wins a season and in 2004-05 the team won the Patriot League title. The Bison made an appearance in the NCAA Tournament and pulled off a first round upset over Kansas. The next season (2005-06) the Bison went undefeated in the Patriot League, becoming the first conference member to do so. The team earned its first Top 25 appearance in school history and earned a 9-seed in the NCAA Tournament as Bucknell defeated Arkansas before falling to Memphis in the second round.

A native of Wheeling, W.Va., Prosser played collegiately at Marist College in Poughkeepsie, N.Y., before a knee injury ended his career prematurely. He began his coaching career as a student assistant coach at Marist until his graduation in 2002, helping the Red Foxes to a share of the Metro-Atlantic Athletic Conference (MAAC) regular season title in 2001-02.
Prosser and his wife Emily are the parents of two — a daughter, Ava Grayce and a son, Declan. 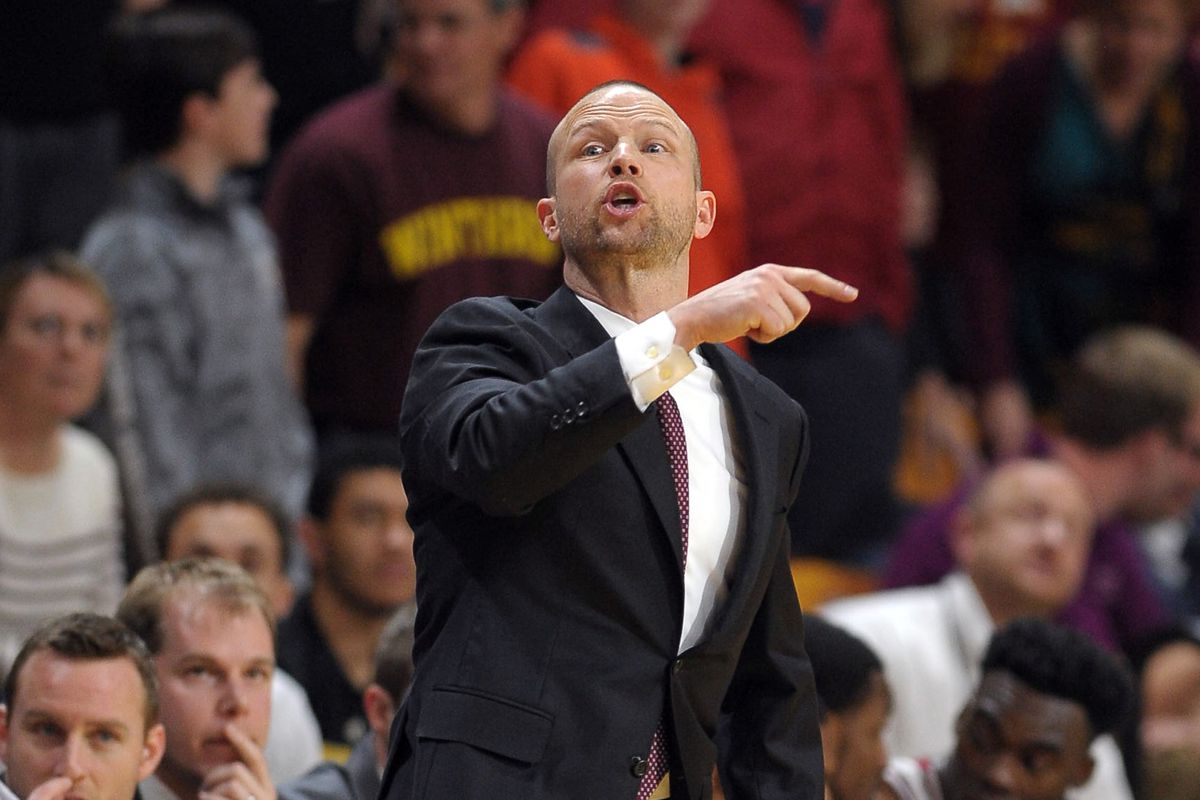