Davis arrives at The Island University after spending the last three seasons at New Mexico. He also served at New Mexico Military Institute as the Broncos head coach.

“I’m very pleased to have Ralph on staff. He is a tireless worker and has more than a decade of experience coaching and recruiting all over the country. Ralph fits the values and culture we are looking to establish at A&M-Corpus Christi. He’s a coach that genuinely cares about the student-athletes and is fully committed in helping them reach their maximum potential,” Lutz said.

Davis was at New Mexico from 2018-21. He began as the video coordinator, was promoted to director of operations in June 2019 and promoted to an assistant coach position in Sept. 2020.

“I’m thankful and blessed for the opportunity to come back to the Coastal Bend, work at such a beautiful University and join Coach Lutz’s staff. I feel great about the direction of this program and am very appreciative to be a part of it,” Davis said.

From 2009-18, Davis worked at NMMI. He served in the assistant and associate coach capacity from Aug. 2009-July 2015 and was instrumental in the recruitment of 16 players that moved on to the NCAA Division I level and another 15 that advanced to the collegiate scholarship level. He helped the squad to the NJCAA Region V tournament for just the fourth time in school history and his responsibilities included creating video edits and scout reports while handling multiple game-day operation tasks.

He was promoted to head coach of the Broncos in August 2015 where he coached a trio of First Team All-Conference honorees and coached the team to a .500 record in WJCAC for just the second time in the last 14 years. He also helped lead the 2017-18 team to a top-20 ranking in NJCAA in points per game and offensive rebounds per game.

During Davis’ tenure at the Institute, the Broncos enjoyed continuous year-by-year improvement for five of the last six seasons, with 40 players moving on to play at the D1, D2 and NAIA level. Davis was an integral part of the player development on and off the court and had a hand in the improvement of all aspects of the program, mentoring four WJCAC first team selections as well as six honorable mention selections.

During the 2014-15 season, as associate head coach, he helped the Broncos to their first Region V tournament appearance since 2002. Through that time they proved to be a formidable opponent, celebrating an 11-1 record at the Cahoon Armory. While working under head coach Sean Schooley, the Broncos adopted a staunch rebounding mentality and finished top five nationally in offensive rebounds per game, top 10 nationally in total rebounds per game and top 20 in rebound margin. They led the conference in all three of those categories.

Prior to NMMI, Davis was the assistant coach under Pete Peterson at Texas A&M–Kingsville for the 2007-09 seasons. At Kingsville, he was tasked with recruiting, opponent scouting and daily operations. During this time, Davis helped develop two Lone Star Conference Defensive Players of the Year. Along with a first team All-Lone Star Conference selection, Davis also coached two second team All-LSC selections and three LSC honorable mention choices. And in the 2008-09 season, the Javelinas returned to the NCAA Division II Tournament for the first time in five seasons, just the fourth time in school history.

As a player, Davis was WJCAC Honorable Mention selection and started all 30 games during his sophomore year with the Broncos. He would move on to Texas A&M–Kingsville and become a member of the first nationally ranked Kingsville basketball team in more than 11 seasons.

The east coast native graduated from Texas A&M–Kingsville in 2007 with a degree in criminology and in 2009 with a master’s in sociology. He is an alum of the New Mexico Military Institute with an Associate of Arts degree. He is also the 2003 New Jersey State triple jump champion.

Davis has worked at various camps across the country not limited to the HOOP GROUP Elite Camp and recently the Under Armour All-American Camp.

Shaw comes to A&M-Corpus Christi after most recently serving in the same capacity at Tarleton State.
“I’m excited to have Jim on board here at A&M-Corpus Christi. I have known him for years and he’s dedicated to

student-athletes and a man of high character. Jim is from the state of Texas and brings a wealth of knowledge to the program. He’s very skilled from both a tactical and development standpoint, and will be a tremendous leader and role model for our student-athletes,” Lutz said.

Shaw spent the 2020-21 campaign at Tarleton in the program’s very first season at the Division I level. He previously served at Texas State for seven seasons, including the last six as Assistant Coach.

In total, Shaw brings 17 years of Division I experience to The Island, with other stops at Texas Tech, Nebraska and UTEP.

“I am very excited to join Coach Lutz’s staff at Texas A&M University–Corpus Christi. Coach Lutz has a vision and plan to build a consistent winner in Corpus Christi by developing student-athletes on and off the court. I am grateful for the opportunity to help Coach Lutz and Islanders Athletics bring championships to this wonderful community and beautiful campus,” Shaw said.

While at Texas State, Shaw helped guide the Bobcats to one of the top turnarounds in program history when the Bobcats improved from eight wins in 2013-14 to 14 victories in 2014-15. Since then, the success continued to trend upwardly as Shaw helped the Bobcats win 82 games in his last four years, marking the sixth most wins among NCAA Division I programs in Texas (23).

He arrived Texas State after serving one season as Director of Operations at Texas Tech. In his lone season, the Red Raiders won their first Big 12 Tournament game since 2010, and tripled their conference win total from the season before.

Prior to Texas Tech, Shaw spent six years as Video Coordinator at Nebraska, where he oversaw all aspects of the video operations, including video exchange, taping workouts and games, breaking down video and organizing the video library.

He also helped coordinate Nebraska’s player appearances in the community and assists with the Huskers’ team efforts in NU’s Life Skills Team Award challenge. During the offseason, he played an integral role with the Doc Sadler Basketball Camps by assisting with all phases of camp planning and supervision.

While with the Huskers, Shaw helped three squads to postseason play. In 2008-09, the Huskers earned an 18-13 record and a berth in the National Invitational Tournament (NIT). It was the second straight year that culminated with a postseason NIT appearance for the Huskers and included a .500 finish (8-8) in Big 12 Conference play, both firsts in a decade for the program. Previously, Shaw helped Sadler guide UTEP to an NCAA berth in 2004 and an appearance in the 2005 NIT.

Shaw joined the Nebraska staff after serving as a graduate assistant at UTEP. Shaw handled all duties surrounding the Miners’ video system during his three years in El Paso, and was heavily involved with directing camps and clinics, including serving as director for the Doc Sadler Basketball Camps each of his last two years. He also has significant experience assisting with recruiting efforts and all areas of player development.

Shaw earned his undergraduate degree in economics at Grinnell (Iowa) College in 2003. He added a master’s degree in business administration from UTEP in 2005.

Shaw was a four-year letter winner at Grinnell, helping the Pioneers to four straight Division III national scoring titles, including an all-division scoring record of 124.9 points per game in 2002-03. He led Grinnell to a league title as a sophomore and senior, and in 2001, paced the conference in made three-pointers while pushing the Pioneers to the NCAA Tournament. 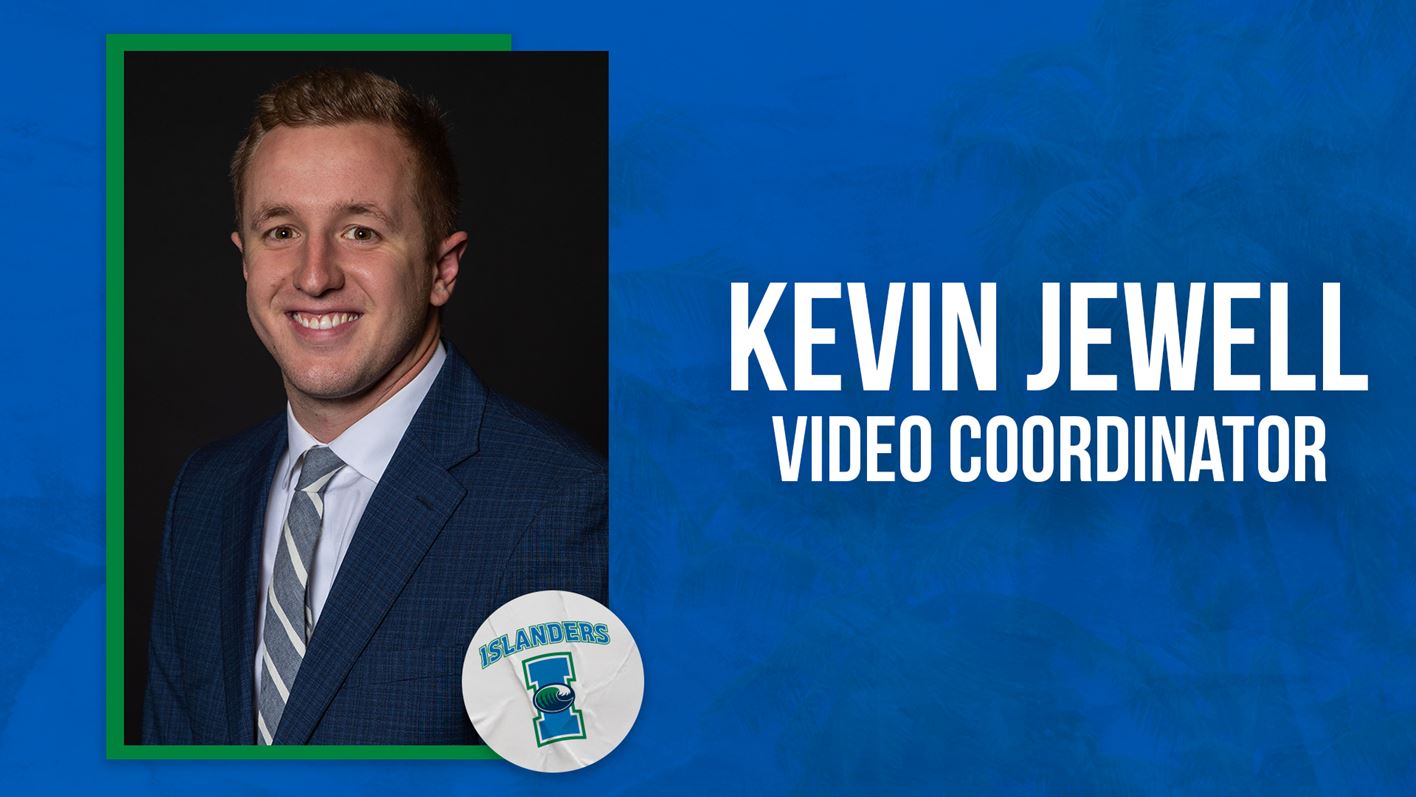