Vassar College head men’s basketball coach Ryan Mee has announced the hiring of Aaron Toomey as the new full-time assistant for the 2020-21 season. In addition to his coaching duties, Toomey will also serve as an athletics facilities assistant.

“After losing former assistant and now head coach, Dan Bozzelli, to Purchase College. I was concerned about finding someone who could help us continue our development as a program,” said Mee. “Luckily, we were able to find just the right person for the job. I’m thrilled to be adding Aaron Toomey to our coaching staff. His experience as a player and a high academic Division III coach is an incredible boost for our program. Aaron will be integral to all aspects of the program. His voice, experience, and perspective will be relied on daily. The Vassar Men’s Basketball Family just got even better.”

Toomey brings a wealth of experience to Vassar, most recently serving as interim head men’s basketball coach at Amherst in 2019-20. During that time, he led the Mammoths to an 18-8 overall record and a 7-3 mark in the New England Small College Athletic Conference (NESCAC) standings. Toomey was also responsible for recruiting, scheduling, scouting reports, and game plans. His efforts were recognized as well, being named a member of the NABC/Under Armour 30 Under 30 Team that represents 30 of the most outstanding men’s college basketball coaches under 30.

“I am thrilled to join the Men’s Basketball staff at Vassar,” said Toomey. “Ryan has made great strides in the past two years, and I am extremely excited to join the staff and help continue the rise of the Vassar Men’s Basketball program. I can’t wait to get on the court with the team and begin recruiting some of the top student-athletes in the country.”

Before the interim role, Toomey was the assistant at Amherst for long-time head coach David Hixon – one of the all-time winningest college basketball coaches. Toomey created scouting reports on 25 or more opponents each season to identify opposing team’s strengths and weaknesses. Before coaching, Toomey played internationally at CB Getafe, a professional team in Spain for the 2014-15 season.

The squad’s captain as a senior, Toomey helped lead Amherst to the 2012-13 NCAA Division III National Championship title, in addition to earning two NCAA Final Four appearances as well. Amherst posted an astounding 108-13 overall record during his tenure, finishing his career as the program’s all-time leader in points (2,033), three-pointers made (291), and made free throws (606). Additionally, he remains the only player in program history with over 2,000 points scored in a career.

Toomey also worked with various camps and clinics following graduation. He coached the 14U AAU Western Mass Jaguars in 2018 and was a coach at the Brown, Columbia, and Yale Elite Camps from 2016 to 2018. He served as the Western Mass Basketball Clinic Director from 2015 to 2020 and was the Amherst Men’s Basketball Elite Camp Director from 2016 to 2020.

A 2014 graduate of Amherst with a Bachelor of Arts in English, Toomey received his Masters of Science in Sports Management from the University of Massachusetts Amherst in 2018. 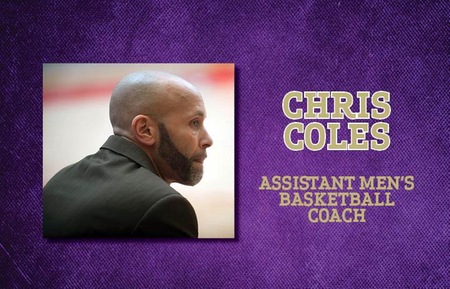