This past Saturday, Alaska Nanooks men’s basketball coach Mick Durham captured his 300th career win with a 117-70 victory over Northwest Indian. Coach Durham recently spoke with AlaskaNanooks.com to discuss the milestone victory and reflect on his 21 years as an NCAA Division I head man.

Coach Durham began his career as a head coach at the NCAA Division I level, where he was the head man for his alma mater, Montana State. Durham spent 16 years on the sidelines in Bozeman and guided the Bobcats to 246 wins. He left MSU as the Big Sky Conference’s all-time leader in wins, a mark he still holds to this day. After taking a few years away from being a head coach, Durham came to Alaska in 2011 and has completely turned to program around both on and off the court. The head man became only the third NCAA coach this season to capture his 300th career win, as his team completed a weekend sweep of Northwest Indian at the Alaska Airlines Court to improve their record to 8-2.

When asked to reflect on his 21 years as a head coach, Durham stated that a lot of good things come to mind, but he would of never been able to get the milestone victory without having good assistant coaches, good administrative support and having his family backing him through every long season that an NCAA coach goes through. He expressed a great deal of pride for accomplishing the feat at just two schools.

“This is really special to me because I’ve been at two schools,” said Durham. “I had a great run at Montana State for 16 years, and Forrest Karr gave me the opportunity to get back into head coaching up here at Alaska, and I really appreciated the opportunity. A lot of coaches who get to this point have had several stops along the way, but I’m proud that I’ve been able to do it at two schools.”

Coming from a basketball family, Durham seemed destined to become a head coach. He had known at an early age that he wanted to eventually become a head coach, and he credits that to the coaches he played for growing up. After his playing days at concluded at Montana State in 1980, the desire to become a coach was even stronger, and he began to work towards becoming the head man at his alma mater.

“I was able to become a high school coach at a young age, but I wanted to get back to Montana State. I was given that opportunity by coach Bruce Haroldson, who I played for, after two years of high school coaching to come back. I wanted to work my way up at Montana State. I was the assistant coach there for eight years and I was given the opportunity to be the head coach in 1990. Coaching at your alma mater is pretty special and being able to do it for 16 years meant a lot to me.”

As the head man of the Bobcats, Durham guided the school to eight winning seasons, including three seasons with 20-or-more wins. He led Montana State to just its second-ever NCAA Tournament appearance in 1996, which is also the last time the Bobcats have appeared in the Big Dance. He even got to coach his son, Casey, for two years at MSU, which he says is one of his proudest accomplishments as both a parent and coach.

“The things that stand out to me is the championships we won at MSU. The rivalry games really stick out too. Beating the Montana Grizzlies never got old. One time we defeated them and my son Casey had six threes. I’m not sure it gets any better than that as a coach and a dad. We had some good wins there, we beat Mississippi State, Colorado twice, Texas Tech. Won at Washington in Lorenzo Romar’s debut game. Anytime beating a big time NCAA Division I school was always special, and those are the ones you really remember.”

After 16 years, Durham decided to step back from being a head coach. He spent time to focus on family for a couple of years. He watch Casey play out his final two years at MSU and also watched his daughter McKayla finish high school. After two years away, New Mexico State came calling needing an assistant coach, and he would spend the next three years of his career with the Aggies.

The desire to be a head man came back to Durham during his years in Las Cruces, New Mexico. He began to look for a head coaching job and he saw a familiar school on the list of openings.

“I was looking around and late in the year the Fairbanks job opened up. I had been up here twice with Montana State and remember it being a really good program. They even beat us one year when we came. I felt like it would be a good match because being a guy from the Northwest, I knew a lot of people in the GNAC and knew it was a really strong Division II league.”

The interest was mutual, as then Director of Athletics Forrest Karr hired Durham, where in inherited a team that just went 0-17 the year before. The Nanooks men’s basketball program has enjoyed a renaissance of sorts in the five years Durham has been at the helm. In just two seasons, the head man turned Alaska from a winless team to a 16-win team. He followed that up with an 18-win season in 2013-14, where collected a pair of signature wins over No. 2 Western Washington and ended a long losing streak to rival Alaska Anchorage.

“The program was a mess when I got here. The first thing that needed to change was a lot of off court stuff. We needed to change the culture and recruit good students. This is a great academic institution, and you got to have guys who are able to make the grade. It’s been a rebuilding job, and it’s not done. We’ve been making strides. We want to do things the right way on and off the court, and for the most part we’ve been able to do those things.”

Coach Durham credits having great support from administration and family for his longevity in the field, especially from his wife Donna.

“Honestly, I would not off been able to achieve any of this without my wife. She has been by myside for all 300 wins, and has been around for all the losses too. She has really supported me every step of the way. She was right there with me when we decided to leave Montana, a state we both lived in our entire lives, and I would not have been able to coach at some of these places without her support.”

Coach Durham says there is no secret to his success. He wants to work hard and do things the right way. He states has been lucky enough to do that for the past 21 years, all the way up to his 300th win. 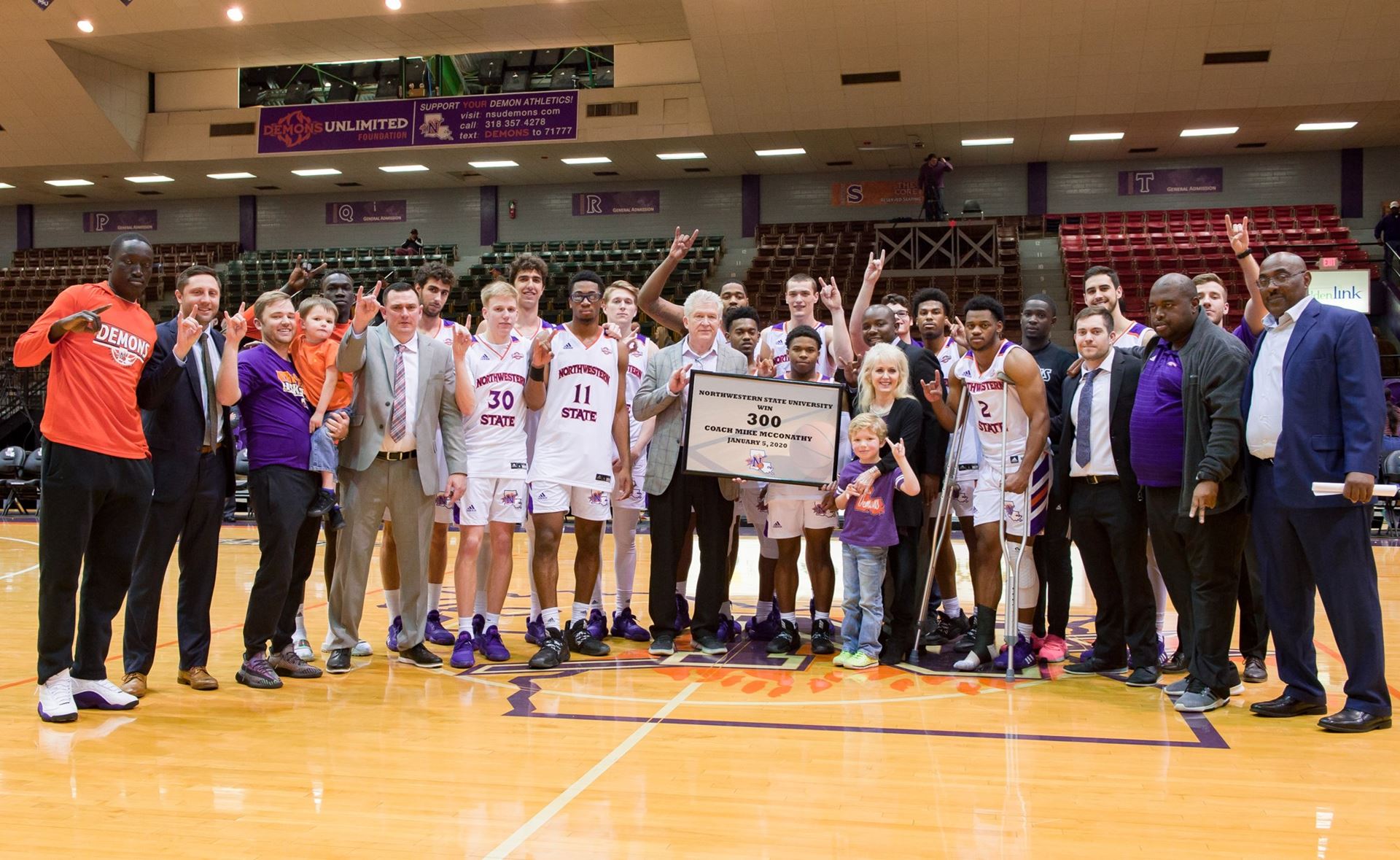