I first mentioned that I heard Lander University (SC) head coach Jeff Burkhamer was the leader at West Florida on Monday (Daily Dirt II – 4/13/15).  Burkhamer’s hiring has now been made official – here is the release from West Florida:

The University of West Florida has hired Jeff Burkhamer to take over the men’s basketball program as the team’s fourth head coach in its 31-year history. Burkhamer, who comes to UWF from Lander University, will be introduced in a press conference on Wednesday, April 22 at 11 a.m. in the Argonaut Athletic Club on the main UWF campus.

Burkhamer comes to UWF with 31 years of coaching experience, including 13 as a head coach at the NCAA Division II level. He holds a career record of 373-194 in 19 years as a head coach. He was a combined 218-153 in seven seasons at Armstrong State and six at Lander, and he also posted a record of 155-41 in six seasons as a junior college head coach at North Greenville College and Santa Fe Community College. He will replace Bob Stinnett, who retired as UWF men’s basketball coach after the conclusion of the 2014-15 season.

10111In Burkhamer’s six seasons at Lander (2009-15) he posted a record of 84-78. The Bearcats made significant improvements during his time at the helm, as they finished a combined 63-46 in his final four seasons compared to 21-32 in his first two. In his seven years at Armstrong State (2002-09), Burkhamer finished with a record of 134-75 with four NCAA tournament appearances. The Pirates totaled at least 20 wins in four of his seven seasons.

Before his stint at Armstrong State, Burkhamer was an associate head coach at Division I Marshall (1998-02). He helped lead the Thundering Herd to a record of 70-44 over four seasons.

During his four years at Santa Fe Community College, Burkhamer posted a record of 97-31. He was named National Junior College Coach of the Year by College Sports Magazine after winning a school record 28 games during the 1995-96 season. The Saints then won the Mid-Florida Conference championship in his final two seasons, and they reached the Region 7 semifinals in 1996-97 and the quarterfinals in 1997-98.

Before landing his first job as a head coach, Burkhamer worked as an assistant for one season at Winthrop (1984-85), two seasons at Charleston Southern (1985-87) and two seasons at Morehead State (1987-89). He also worked for three seasons on the coaching staff for the Grand Rapids Hoops (1991-94) in the Continental Basketball Association, a developmental league for the NBA. Grand Rapids won three conference titles and advanced to the CBA finals one time during his time with the team.

“Coach Burkhamer has had success at each one of his stops,” said UWF athletic director Dave Scott. “He has Division I experience, CBA experience, and has worked at a number of different institutions in the South. From his time at Lander and Armstrong State he has strong Division II experience in the Peach Belt Conference, which is very similar to the Gulf South Conference. We expect him to be a great addition to our coaching staff and to help build a foundation for future success.”

Burkhamer attended Alderson-Broaddus College in Philippi, West Virginia and earned his bachelor’s degree in 1984. He was a four-year letterwinner in basketball and baseball and holds the school’s all-time assists record with 646. He was inducted into the school’s hall of fame in 2001. Burkhamer was also honored by the Parkersburg News and Sentinel in 2004 as a member of their silver anniversary team, honoring the top high school players in the past 25 years in Parkersburg, West Virginia. 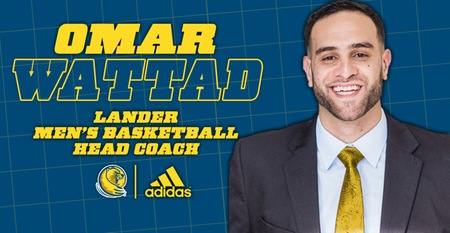