Congratulations to the following coaches who have been selected as the Week 7 HoopDirt.com Coach of the Week presented by Just Play Solutions. The coaches are now eligible to receive the HoopDirt.com National Coach of the Year Award presented by Just Play Solutions which will be announced at the conclusion of the 2018-19 college basketball season. Coach Jones guided Texas Southern to their third Power Five win of the season this week, knocking off Texas A&M in their last non-conference game of the season. The Tigers had already taken down Baylor 72-69 in their season opener and then #18 Oregon 89-84 on November 26th. Texas Southern dominated in the victory over Texas A&M, using a 14-0 run to go up big in the first half before holding off a second-half surge and pulling away for an 88-73 win. The Tigers will now head into conference play at 5-8 on the season. Nova Southeastern picked up another dominant win this week, adding to what has already been a record-breaking season. The fifth-ranked Sharks, led by Coach Crutchfield, took down #7 Florida Southern 117-95 on Saturday, marking the best start to a season in program history (10-0). The victory also moved them to 4-0 in conference play for the first time since the 2008-2009 season. The Sharks, who are averaging a whopping 111.1 points per game this season, will look to remain undefeated on the road against Rollins on Wednesday. 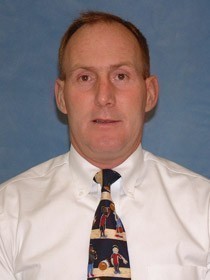 It was a milestone week for Coach Spanbauer, as he picked up his 400th victory at the helm of SUNY – Cortland on Saturday. The Red Dragons defeated Keystone College 107-79 in what marked Coach Spanbauer’s 400th victory in his 24th year with the school. Coach Spanbauer’s squad followed up this milestone victory with another win on Sunday – an 80-78 overtime defeat of St. John Fisher to take the St. John Fisher Woodcliff Hotel and Spa Tournament title. Cortland (8-2 on the season) will look to extend its winning streak to seven on Friday against Cabrini University.

Bethel (KS) picked up two big wins this week, including a thriller ending in a double-overtime buzzer beater. Coach Artaz’s squad headed to Texas for the St. Thomas Classic this weekend, and faced off against Huston-Tillotson in the opener on Friday. Trailing by 12 with 10 minutes remaining, the Threshers fought back to force overtime before hitting a 2OT buzzer beater to take an 82-79 victory. Bethel then took down St. Thomas – Houston 89-80 on Saturday to close out the Classic. The win moved the Threshers to 9-6 in Coach Artaz’s first season – already an improvement from the 7 wins by Bethel last year. They are back in action in the new year against Southwestern on Wednesday. Coach Brustad’s Mustangs went undefeated at the Tallahassee Democrat Holiday Classic this week, knocking off an undefeated top-5 opponent in the process. Monroe opened the Classic by rebounding from a halftime deficit to defeat Pensacola State 59-55 before facing off against undefeated, 4th ranked host Tallahassee Community College. The Mustangs hit two free throws with less than a second remaining to take a 74-73 victory and hand TCC their first loss of the season. Monroe, who improved to 10-4 on the season with this victory, will stay in Florida for the Josh Artis Memorial Classic beginning on Monday.