Congratulations to the following coaches who have been selected as the Week 15 HoopDirt.com Coach of the Week presented by Just Play Solutions. The coaches are now eligible to receive the HoopDirt.com National Coach of the Year Award presented by Just Play Solutions which will be announced at the conclusion of the 2018-19 college basketball season.

Coach Miller led his squad to two hard-fought victories this week, maintaining second place in the SoCon. On Thursday, the Spartans hit a game-winning three with 4.3 seconds remaining in overtime to defeat Western Carolina 79-76. UNC Greensboro followed up this victory with another game-winner, this time a shot with 3.8 seconds left to take down ETSU, 60-59 on Sunday. These wins improved the Spartans record to 24-5 (13-3 SoCon) on the season and created some separation between themselves and third-place ETSU. They travel to take on The Citadel on Thursday and Mercer on Saturday before heading to the conference tournament.

Coach Holmes’ Bears took over first place in the CACC this week, coming away with two huge victories over regionally-ranked opponents. Bloomfield knocked off Dominican (ranked 8th in the East Region of the D2SIDA poll), 99-90 on Tuesday, taking over first place in the CACC North Division. The Bears next defeated 5th ranked Jefferson 71-67 on Saturday. This victory moved Bloomfield into the top overall spot in the CACC, and extended their winning streak to eight. They are now 17-9 on the season and 15-2 in the CACC with two games remaining in the regular season.

Mitchell College entered the NECC tournament as the four seed and came away with three wins, including two overtime thrillers, to take the championship this week. Coach Peretz’s squad fought back from a 5-point halftime deficit to defeat fifth-seeded Southern Vermont in the opening round on Tuesday. The Mariners then upset top-seeded New England College 87-85 thanks to a deep buzzer-beater in overtime after rallying from a 10-point deficit at the half to force the extra period. In the championship game, Mitchell trailed by nine with 7:40 remaining against sixth-seeded Newbury before using a late run to force overtime, where they dominated, exiting with a 77-69 victory and the NECC championship. The Mariners finish the season with a program record-tying 19 wins and await a matchup in the NCAA Division III Tournament.

Georgetown College, led by Coach Briggs, clinched the top seed in the highly competitive Mid-South Conference and finished the regular season strong, winning two more games to wind up at 25-4 (11-3 Mid-South). The fourth-ranked Tigers defeated #11 Pikeville 78-72 on Thursday to clinch the top seed in the Mid-South, and knocked off Shawnee State 103-88 on Saturday. GC completed the season without losing a game on their home floor, going an incredible 19-0. They take on 8th-seeded Cumberland University in the first round of the Mid-South tournament on Saturday.

NJCAA DI #1 Florida Southwestern State wrapped up the regular season with two more wins, going 28-1 on the season (12-0 Suncoast), and is heading into postseason play on a 17-game winning streak. Coach Murphy’s Buccaneers defeated State College of Florida – Manatee – Sarasota 91-59 on Wednesday and Polk State 78-65 on Saturday. FSW has not lost since December 9th and finished the season undefeated in conference play for the second year in a row. The Bucs will now wait until March 7th for a match-up in the FCSAA/Region VIII Tournament. 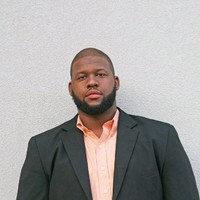 Coach Bynum’s squad won four games this week and took the EMAC Championship, defeating the top two seeds in the conference. The Golden Bears won 13 of their last 15 games to grab the three seed in the EMAC tournament, where they knocked off #6 Mid-Atlantic on Tuesday, #2 Stratford on Friday, and top-seeded Johnson & Wales – Charlotte on Saturday. This huge week improved Clinton to 18-11 on the season. They take on Denmark on Wednesday before heading to the USCAA National Tournament.

Coach of the Week written and compiled by HoopDirt.com contributor AJ Nelson