Congratulations to the following coaches who have been selected as the Week 8 HoopDirt.com Coach of the Week presented by Just Play Solutions. These coaches are now eligible to receive the HoopDirt.com National Coach of the Year Award presented by Just Play Solutions which will be announced at the conclusion of the 2019-20 college basketball season. Coach Dutcher’s squad picked up two more wins this week to remain one of just two undefeated teams in the nation. The 13th ranked Aztecs took down Fresno State 61-52 on Wednesday before traveling to take on Utah State, who was the unanimous preseason pick to repeat as MWC champions. SDSU came away with a 77-68 victory to move to 15-0 (4-0 MWC) on the season – their best start since the 2010-11 campaign. The undefeated Aztecs own the nation’s longest winning streak and are back in action at Wyoming on Wednesday night.

In his first season at Lindenwood, Coach Gerdeman has the Lions playing great basketball, taking two more wins this week. Lindenwood picked up its first ever GLVC victory on Thursday, taking down Missouri S&T by a score of 78-73. An 81-76 over Maryville on Saturday extended the Lions’ winning streak to five games – matching the program’s longest streak since December of 2017. Lindenwood is now 8-3 (2-1 GLVC) on the season, and will look to stay hot as they hit the road for a matchup with Southwest Baptist on Thursday.

No. 4 Middlebury, led by Coach Brown, won the Naismith Classic this week, remaining unbeaten on the season. The Panthers defeated Colby-Sawyer 91-80 on Friday to advance to the championship game against host Springfield College. Middlebury trailed by as many as 15 in the first half, but fought back to take a 74-71 victory. The Panthers are now 12-0 on the season, with eight wins coming on the road or at neutral sites. They will look to continue their winning ways in a home contest against Plattsburgh on Tuesday before heading into conference play. 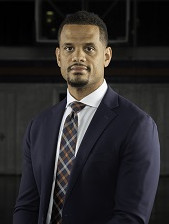 Coach Crarey’s squad is now 2-0 against NCAA DI schools on the season, as the Shock took down another MEAC opponent this week. No. 12 Washington Adventist trailed by seven at the half, but rallied late to come away with a 78-76 victory over Delaware State on Monday to move to 2-0 against the MEAC this season (def. Howard 71-68 on Nov. 5). The Shock returned to NAIA action on Sunday, defeating Point Park 72-66. The victory improved WAU to 12-3 on the season. They will host the A.I.I. East Coast Classic over the weekend. Coach Strege led No. 7 Mineral Area to two more victories this week, including a come from behind win to remain undefeated. The Cardinals returned from break with a 111-70 defeat of Faith Prep before taking on Three Rivers in the conference opener. Mineral Area trailed by four with just 25 seconds remaining, but knocked down a three with four seconds left to take a 76-75 victory. The win pushed the Cardinals to 18-0 on the season, and was their first single-digit victory of the campaign. They take on Missouri State – West Plains on the road in a conference showdown on Saturday.