Congratulations to the following coaches who have been selected as the Week 11 HoopDirt.com Coach of the Week presented by Just Play Solutions. These coaches are now eligible to receive the HoopDirt.com National Coach of the Year Award presented by Just Play Solutions which will be announced at the conclusion of the 2019-20 college basketball season. Coach Grant’s Flyers continued their stellar play this week, winning two more games to improve to 18-2 on the season. On Wednesday, No.7 Dayton never trailed in a dominant 86-60 victory over St. Bonaventure. The Flyers next traveled to take on Richmond on Saturday, coming away with an 87-79 win to mark their ninth straight victory. Now a perfect 7-0 in A-10 play, Dayton will look to make it 10 in a row when they face off against Duquesne in a road contest on Wednesday.

Coach Majkrzak guided Northern Michigan to a pair of impressive road victories this week, including one over a ranked opponent. The Wildcats took down Davenport by a score of 67-58 on Thursday, using a strong second half to pull away from the home team and get back to .500 on the season. Northern Michigan’s road trip continued on Saturday, when they took on No. 11 Grand View – who was unbeaten at home heading into the match-up. The visitors came away with a hard-fought 75-73 victory, improving to 10-9 (7-4 GLIAC) on the season. Next up for the Wildcats is a road contest against Saginaw Valley on Thursday night.

Another week, another pair of victories for Coach Strahorn and Colby, as they improved to 17-0 on the season. On Tuesday, the fifth-ranked Mules defeated Husson 97-70 before heading to take on Bowdoin on Saturday in the fourth game of six in a row on the road. Colby pulled away in the second half for an 81-67 victory to remain perfect. Now 5-0 in the NESCAC, the Mules will look to continue their dominant play when they travel to face off against Bates on Friday. 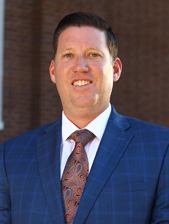 Coach Briggs’ squad fought hard to remain unbeaten this week, picking up two wins that did not come easy for the top-ranked team in the NAIA. Trailing Campbellsville by five with just over four minutes remaining on Thursday, the Tigers used a 16-3 run to close out the game and take a 66-58 victory. Georgetown returned home on Saturday to face off against Lindsey Wilson, who had received votes in the latest top-25 poll. The Tigers led by just two halfway through the second before using a late surge to win 98-81. The victory moved Georgetown to 19-0 (8-0 MSC) on the season, and extended the Tigers’ winning streak to 29 games dating back to February of last year. They will look for season win No. 20 on Thursday, as they host 25th ranked Shawnee State.

In his first season back on the sidelines since 2013, Coach Howell has Skagit Valley off to a 20-0 start thanks to two more big wins this week. The Cardinals took down Shoreline Community College 86-69 on Wednesday and Edmonds Community College 92-80 on Saturday. With both wins this week coming by double digits, Skagit Valley has now won 16 of their 20 games this season by 10 or more points. They will look to remain perfect when they take on Olympic College on the road on Wednesday.