Congratulations to the following coaches who have been selected as the Week 2 HoopDirt.com Coach of the Week presented by Just Play Solutions. These coaches are now eligible to receive the HoopDirt.com National Coach of the Year Award presented by Just Play Solutions which will be announced at the conclusion of the 2020-21 college basketball season.

This is the sixth season that HoopDirt.com has run the Coach of the Week and Coach of the Year programs. This season’s  previousweekly winners, and a list of all-time COY winners can be found following this week’s honorees. Coach Magpayo picked up the first two victories of his career this week, making history in the process. His Highlanders began the week by heading to the Las Vegas Bubble on fewer than 24-hours notice to take on Washington. UC Riverside led for over 38 minutes on the way to an emphatic 57-42 victory over the Pac-12’s Huskies. With this win, Coach Magpayo became the first ever Filipino, as well as Asian, head coach to win a Division I game. UC Riverside kept rolling on Sunday, as they knocked off Denver 83-63 on the road. Now 2-1 on the season, Coach Magpayo’s Highlanders will look to make it three straight wins when they travel to take on Northern Arizona on Thursday. Coach Good led his squad to two big conference victories this week, including a come-from-behind win over a top-10 opponent. The Bulldogs faced a three-point halftime deficit against UVA Wise on Wednesday before scoring 56 in the second half to power to a 98-86 triumph. Wingate was back in action on Saturday, when they hit the road to take on 10th-ranked Queens. After trailing by as many as 15 almost midway through the second half, the Bulldogs went on a 25-5 run in the final 6:32 of regulation to come away with a huge 80-71 victory. Winners of three straight, Coach Good’s squad next faces off against Mars Hill in a home contest on Saturday. 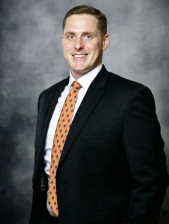 With two impressive wins this week, Coach Lyne and Martin Methodist remained unbeaten on the season. The RedHawks opened the week on Thursday with a closesly-contested 79-76 victory over perennial powerhouse Pikeville. On Saturday, Martin Methodist hosted 15th-ranked University of the Cumberlands, who was coming off of a win against No. 1 Georgetown (KY) just two days prior. The 90-85 RedHawk triumph improved their record to a perfect 5-0 on the season, and marked UC’s first loss of the campaign. Martin Methodist will look to keep the good times rolling when they face off against Shawnee State on Thursday.