Congratulations to the following coaches who have been selected as the Week 7 HoopDirt.com Coach of the Week presented by Just Play Solutions. These coaches are now eligible to receive the HoopDirt.com National Coach of the Year Award presented by Just Play Solutions which will be announced at the conclusion of the 2020-21 college basketball season. Coach Smart picked up his 100th win at Texas this week as the Longhorns continued their strong start to the season. Less than a week removed from a 25-point victory at No. 3 Kansas, 4th-ranked Texas defeated Iowa State by a score of 78-72 on Tuesday before traveling to take on No. 14 West Virginia on Saturday. Trailing by one with 1.8 seconds remaining, junior Andrew Jones nailed a corner three to give the Longhorns a thrilling 72-70 victory. With the win, Texas (10-1, 4-0 Big 12) matches its best overall start since the 2014-15 season and best start in conference play since the 2010-11 season. The Longhorns are back in action on Wednesday, as they host No. 15 Texas Tech.

Coach Ficke led his squad to two short notice victories this week, including one over a Division I opponent. On Friday, the Crusaders took down the Conference Carolinas preseason favorite Emmanuel, 87-85, in what was considered a non-conference matchup, as the game was scheduled just a day prior. Belmont Abbey then traveled to take on Division I Charlotte the following day, in a matchup that was also scheduled on Thursday. The Crusaders ended regulation on a 14-2 run to force overtime, and were then able to come away with a stunning 75-72 victory in the extra period. While the game was an exhibition for Belmont Abbey, it counted as a regular season contest for Charlotte. Now 2-0 on the season, Belmont Abbey is back on the road Monday afternoon for a rematch with Emmanuel. Coach Mason’s Wildcats kicked off their season with a pair of conference victories this week. Louisiana College led wire-to-wire in a 72-51 defeat of Howard Payne on Thursday before taking on Sul Ross State on Saturday. The Wildcats trailed by 10 with 14 minutes remaining before rallying to come away with a 79-72 victory. Now 2-0 on the season, LC will look to stay unbeaten when they take on Mary Hardin-Baylor in a road contest on Thursday. 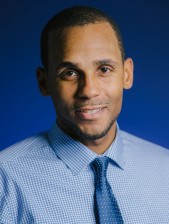 With three more impressive conference victories this week, Coach Thomas’ Bears continued what has been a historic season so far. Shawnee State opened the week with an 81-57 win over Thomas More before hosting No. 6 Georgetown College. A game-winning three with 1.5 seconds remaining propelled the Bears to a 74-73 victory. Shawnee State then closed out the week with a 106-86 defeat of Campbellsville, which marked the first ever time that the Bears scored 100 or more points against a Mid-South Conference opponent. Now 12-2 (8-1 MSC) on the season, Shawnee State has matched the program’s best ever start, tying the 1988-89 squad’s record. The Bears have currently won eight straight contests, which sets a new program record for most wins in a row. They will look to extend this record when they take on Bethel on the road on Thursday.