Congratulations to the following coaches who have been selected as the Week 16 HoopDirt.com Coach of the Week presented by Just Play Solutions. These coaches are now eligible to receive the HoopDirt.com National Coach of the Year Award presented by Just Play Solutions which will be announced at the conclusion of the 2019-20 college basketball season.

With a pair of hard-fought victories this week, Coach Dambrot’s Dukes reached the 20-win mark for the first time since 2009. Duquesne first took down St. Bonaventure 81-77 on the road in overtime on Wednesday, marking their first win at SBU since that same 2009 season. An 81-78 defeat of George Mason on Saturday improved Duquesne to 20-8 (10-6 A-10) on the season – just their third 20-win season in the past 48 years. The Dukes will face off against VCU in their final road contest of the regular season on Tuesday.

Coach Schertz and Lincoln Memorial closed out the regular season with two more victories, extending the nation’s longest winning streak among all levels of NCAA men’s basketball to 29. The 2nd-ranked Railsplitters defeated Tusculum 83-65 on Wednesday and Anderson 75-55 on Saturday to move to 29-1 (22-0 SAC) heading into postseason play. Lincoln Memorial dropped their first contest of the season in overtime and have not lost since then. They have reached the 25-win mark in nine of the last ten seasons, and one of  just four Division II programs to have reached 20+ wins in 11-straight seasons. The Railsplitters take on Mars Hill at home in the SAC quarterfinals on Wednesday.

In his first season at the helm of SUNY Canton, Coach Senthil guided his squad to the North Atlantic Conference Tournament Championship and an automatic berth in the NCAA Tournament. The Roos took down Husson 89-81 in the conference semifinals on Friday before facing off against NAC top-seed Maine-Farmington on Saturday. SUNY Canton was able to come away with an impressive 72-71 victory for their first NAC Championship in program history. The 16-11 (10-4 NAC) Roos will travel to Springfield College on Friday for the first round of the NCAA DIII National Tournament. 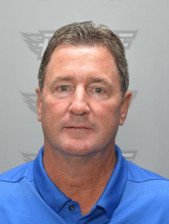 Coach Sanderson led Faulkner to a pair of closely-contested victories this week, clinching the SSAC regular season title and extending their winning streak to 17.  On Thursday, No. 8 Faulkner avenged their only conference loss of the season, defeating 4th-ranked Dalton State for the first time since 2016 by a score of 100-97. This victory secured the Eagles’ first SSAC regular season title for the first time since 2007. An 80-76 Senior Day victory over Martin Methodist on Saturday improved Faulkner to 26-3 (17-1 SSAC) as they head into postseason play. The Eagles await a first-round matchup in the SSAC Tournament on Thursday. Coach Smelkinson’s Dragons finished the regular season on a high note, coming away with two impressive victories this week. No. 20 Howard trailed Montgomery by one at the half on Tuesday before using a big second half to pull away for a 100-90 road triumph. In their final regular season contest on Friday, the Dragons faced off against No. 7 Cecil. Howard dominated wire to wire in a 111-85 victory, improving their record to 22-6 heading into postseason play. In his first season back at Howard after leaving for Harford CC in 2014, Coach Smelkinson has led the Dragons to more wins this season than the previous four seasons combined. His squad will now prepare for the Region 20 Tournament, which kicks off on Friday.