Congratulations to the following coaches who have been selected as the Week 8 HoopDirt.com Coach of the Week presented by Just Play Solutions. These coaches are now eligible to receive the HoopDirt.com National Coach of the Year Award presented by Just Play Solutions which will be announced at the conclusion of the 2020-21 college basketball season.

Interim Head Coach Isaac Brown led Wichita State to another impressive victory this week, moving the Shockers into sole possession of second place in the American Athletic Conference. WSU took down Tulsa, who had received votes in the week’s AP Top 25 poll, on Wednesday for the second time this season. The win snapped Tulsa’s six-game winning streak, and left Wichita State and Houston as the only teams in the AAC with just one loss in conference play. Now 8-3 (4-1 AAC) on the season, the Shockers will look to continue their strong play when they face off against Memphis on the road on Thursday evening.

Coach Smith guided Lee to back-to-back road wins against a top-5 opponent this weekend, extending the Flames’ winning streak to four in the process. Lee handed No. 5 Valdosta State their first loss of the season with an 82-70 victory on Friday before defeating them again (77-74) the following day. These two victories allowed the Flames to improve to 4-1 (4-1 GSC) on the season, with every contest having been on the road. Lee’s home opener comes on Thursday, in a matchup with Shorter University.

This week, Coach Jablonski’s squad picked up their first two wins of the season, as they took down Division II Seattle Pacific twice in a row on the road. Whitworth led by as many as 18 on the way to a 95-83 victory on Wednesday, and then held off a late comeback attempt for a 69-65 win the following day. The Pirates are now 2-3 on the season, but have yet to play any Division III opponents. They begin conference play on Friday, when they face off against Puget Sound on the road. 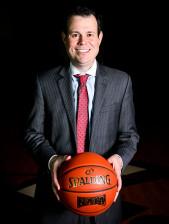 Coach Wright’s Tornadoes kicked off conference play with four wins in four days this week. Talladega defeated Rust 73-70 on Monday to begin the week, then followed up the victory with three more wins, capped off by a 74-58 triumph over Philander Smith on Thursday. Even more impressively, this was accomplished without the Tornadoes’ leading scorer. Talladega is currently 14-2 (4-0 GCAC) on the season, and ranked 18th in the Coaches’ Top-25 Poll. They will look to win their sixth straight game when they take on Voorhees in a non-conference matchup on Saturday.