Congratulations to the following coaches who have been selected as the Week 10 HoopDirt.com Coach of the Week presented by Just Play Solutions. These coaches are now eligible to receive the HoopDirt.com National Coach of the Year Award presented by Just Play Solutions which will be announced at the conclusion of the 2020-21 college basketball season. Coach Kruger has guided Oklahoma to three straight wins against top-10 opponents, including two this past week. Coming off an impressive victory against No. 9 Kansas last Saturday, the then 24th-ranked Sooners held on for a huge 80-79 victory on the road at No. 5 Texas on Tuesday. Oklahoma then faced off against this week’s ninth-ranked Alabama squad on Saturday in the SEC/Big 12 Challenge. Though the Sooners were down two starters, including top scorer Austin Reaves, they were able to come away with a 66-61 win. Oklahoma is now 11-4 (6-3 Big 12) on the season, and has skyrocketed to No. 9 in the latest AP Top-25 poll. Their next contest comes against yet another ranked opponent, as they travel to take on No. 13 Texas Tech tonight.

Two wins over a ranked opponent this week have helped Coach Jefferson’s squad get off to their best start since the 2012-13 season. On Friday, the Knights trailed No. 25 Daemen by 17 at the half, but rallied back for a stunning 76-73 victory on the road. This marked Gannon’s first win over a ranked team since the 2014-15 season, and Coach Jefferson’s first such victory. Gannon then hosted Daemen on Sunday, and after leading by three at halftime, had another huge second half, this time using it to pull away for a dominant 95-67 triumph. Now 4-0 on the season, the Knights will next take on Clarion in a road contest on Wednesday.

Coach Nunley led Roanoke to a pair of victories by a combined three points this week. The Maroons knocked down a game-winning layup with just 2.3 seconds remaining for a thrilling 49-48 win over Ferrum on Thursday, before hanging on late for a 61-59 victory against Shenandoah on Saturday. After dropping their opener, Roanoke has won three straight games, and is 3-0 in conference play. They will face off against Emory & Henry at home on Tuesday evening. 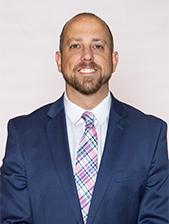 Coach Wall’s squad picked up two more victories this week, remaining unbeaten on the season. On Thursday, the 19th-ranked Eagles took down Jarvis Christian at home by a score of 71-60. The two teams then faced off again on Saturday, this time at Jarvis Christian. TAMUT led by 14 at the half, and was able to hold off a late comeback attempt to take a 62-61 victory. These two wins moved the Eagles to 9-0 (4-0 Red River) on the season. Next up for Texarkana is a huge series against also undefeated No. 2 LSU-Shreveport. The Eagles face LSUS on the road on Thursday, before hosting them on Saturday.

Coach Strege’s Cardinals won three games this week, including a dominant performance over the top-ranked team in NJCAA Division I. No. 19 Mineral Area took down North Central Missouri College on Tuesday and John Wood Community College on Thursday, before traveling to take on No. 1 John A. Logan College. The Cardinals were able to come away with an extremely impressive 90-74 victory, improving to 5-0 on the season. They will look to remain unbeaten when they face off against SAU Tech at home on Friday.