Congratulations to the following coaches who have been selected as the Week 11 HoopDirt.com Coach of the Week presented by Just Play Solutions. These coaches are now eligible to receive the HoopDirt.com National Coach of the Year Award presented by Just Play Solutions which will be announced at the conclusion of the 2021-22 college basketball season.

With three more road wins this week, Coach Victor’s Redhawks continued their perfect start to conference play. Seattle opened its week at Cal Baptist on Monday, recovering from an eight-point halftime deficit to force overtime, where it came away with a 92-85 victory. Back in action on Thursday, the Redhawks took down Abilene Christian by a score of 72-62 before concluding their road trip with a matchup against Tarleton State on Saturday. Seattle was able to take a 76-68 triumph, moving to 6-0 in WAC play for the first time in program history. The Redhawks’ 15-4 overall start is their best since the 1963-64 season. They will look to keep it rolling when they host Stephen F. Austin on Wednesday evening. h Suggs led McKendree to three impressive wins this week, as the Bearcats improved to 9-4 on the season. McKendree began its week on the road, with a matchup against Southern Indiana on Monday. The Bearcats trailed by 10 at halftime, but used a big second half to exit with a 77-71 victory. Hosting Quincy in its next contest on Thursday, McKendree shot 66.7% from the field on the way to a 91-86 win. The Bearcats then concluded their week with a 77-69 triumph over Illinois-Springfield on Saturday. Now 5-4 in the GLVC, McKendree will attempt to make it five straight wins when they travel to take on William Jewell on Thursday. Coach Mee led Vassar to a pair of conference victories on the road this week, including one over a Top 25 opponent. The Brewers jumped out to an 18-point halftime lead en route to a 73-56 win over No. 23 RPI on Friday, handing the conference leader its first Liberty League loss of the season. At Bard the following day, Vassar was able to hold the hosts to just 27.5% from the field and eke out a 54-53 victory to improve to 12-4 (8-2 Liberty) on the season. The Brewers are back on the road again next weekend, facing off against St. Lawrence on Friday and Clarkson on Saturday. 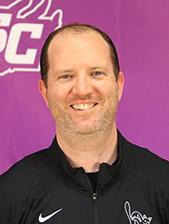 Coach O’Brien picked up his 300th career win this week as his Southwestern squad took another pair of double-digit victories. The Moundbuilders won at Tabor by a score of 76-61 on Wednesday, marking the milestone for Coach O’Brien. In his head-coaching career, which includes a stint at Central Christian in addition to 13 years at Southwestern, O’Brien holds a record of 301-177 (incl. Saturday’s win). His Moundbuilders were back in action on Saturday, using a dominant second half to pull away from Saint Mary and take a 97-67 victory. Now 18-3 (12-3 KCAC) on the season, Southwestern will look to extend its winning streak to nine when it faces off against Kansas Wesleyan this evening.