Congratulations to the following coaches who have been selected as the Week 12 HoopDirt.com Coach of the Week presented by Just Play Solutions. These coaches are now eligible to receive the HoopDirt.com National Coach of the Year Award presented by Just Play Solutions which will be announced at the conclusion of the 2020-21 college basketball season. Coach Davenport’s squad picked up two big road wins this week, extending their winning streak to 10 in their first year as a Division I program. On Friday, the Knights held off a late comeback attempt by North Alabama to come away with a 66-64 victory. Bellarmine dominated the following day’s rematch, leading by 23 at the half en route to an 87-63 blowout. The 13-5 (10-2 ASUN) Knights’ 10-game winning streak is now the fourth-longest in the nation, behind only Gonzaga, Belmont, and Baylor. They are back in action on Friday, when they take on North Florida in the first of a two game road series. Coach Eisner picked up a milestone victory this week as his Warriors won a pair of games. Winona State swept Concordia-St. Paul over the weekend to improve to 6-5 (4-4 NSIC) on the season. However, Saturday’s 77-58 triumph marked the 500th win of Coach Eisner’s head coaching career, which includes stops at Viterbo, Bellevue, Benedictine (KS), and Midland, in addition to Winona State. He will look for win No. 501 on Friday evening, as the Warriors face off against Upper Iowa at home.

Coach Helfer also gathered career win No. 500 this week. His 22nd-ranked Blazers took down Auburn Montgomery twice this weekend, moving to 12-4 (12-4 GSC) on the season. It was Friday’s 91-87 win that marked the milestone victory in Coach Helfer’s 24-year career. In addition to Valdosta State, Helfer spent eight years at the helm of Southern Polytechnic, where he picked up 186 of his wins. Now with a career record of 501-228, Coach Helfer will lead his squad back into battle on Friday, when the Blazers travel to take on West Florida.

Two impressive road wins this week have Coach Fenlon’s Tigers off to their best start since the 2001-02 season. On Saturday, No. 13 DePauw trailed Wooster by as many as 18 in the second half, but rallied back to come away with a thrilling 100-97 victory. The Tigers used another big second half in Sunday’s rematch, outscoring Wooster by 12 in the frame to secure a 95-85 triumph. Now 7-0 on the season, DePauw will look to stay perfect when they take on Denison on the road on Thursday. 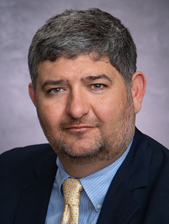 Coach Teasley guided Stillman to three wins in three days this week as the Tigers improved to 13-1 on the season. No. 15 Stillman kicked off their week by taking an 89-79 victory over Rust on Thursday, before beginning a two-game series against Blue Mountain College the following day. The Tigers cruised to a 95-68 win in the series opener, but found themselves in a tightly-contested battle on Saturday. A pair of free throws with six seconds remaining, however, pushed Stillman to their seventh consecutive victory. Now 13-1 (11-1 SSAC) on the season, the Tigers are back in action tonight against Mobile.

Coach Pena led the Pirates to a pair of victories this week, including a huge road win over a top opponent. Pensacola State began their week with a 74-67 win over Gulf Coast State before hitting the road to take on No. 2 Tallahassee Community College. The Pirates jumped out to a nine-point halftime lead and led for much of the second half before finding themselves down 72-70 with just under two minutes remaining. A pair of clutch threes then gave the Pirates a lead they would not relinquish, as they left Tallahassee with a stunning 76-73 victory.  After a 1-5 start, Pensacola State has now won two in a row, and will look to stay hot when they take on Northwest Florida State on Wednesday.