Congratulations to the following coaches who have been selected as the Week 12 HoopDirt.com Coach of the Week presented by Just Play Solutions. These coaches are now eligible to receive the HoopDirt.com National Coach of the Year Award presented by Just Play Solutions which will be announced at the conclusion of the 2021-22 college basketball season.

Coach Pearl’s Tigers picked up another pair of wins this week, extending their winning streak to 17. Top-ranked Auburn struggled offensively at Missouri on Tuesday – shooting just 30.4% from the field, but came up with some huge plays late to return home with a 55-54 victory. The Tigers then hosted Oklahoma in the Big 12/SEC challenge on Saturday, taking an 86-68 victory for win No. 20 on the season. Now 20-1 (8-0 SEC), Auburn will look to extend the nation’s longest winning streak when it faces off against Alabama at home on Tuesday night.

Coach Pietrack guided Fort Lewis College to two huge road wins over conference rivals this week. The Skyhawks trailed Colorado Mesa by as many as 10 in the second half on Friday, but rallied back into the game and eventually came away with an 83-77 victory. Back in action less than 24 hours later, Fort Lewis again found itself in a back and forth battle – this time against Westminster. The Skyhawks closed the contest on a 14-3 run, securing a 67-59 triumph and marking Coach Pietrack’s 350th win as a coach with Fort Lewis (223 as associate HC). His squad returns to the floor on Friday, when they host New Mexico Highlands.

With two impressive road victories this week, Coach Friday’s Lions remained unbeaten in conference play and extended their winning streak to 13. Penn State Harrisburg jumped out to a 16-point halftime lead over Wells on Friday and never looked back, taking an 89-67 victory. At Morrisville State the following day, the Lions were able to come away with a hard-fought 80-72 triumph to move to 16-1 (9-0 United East) on the season. Prior to Saturday’s eight-point victory, Penn State Harrisburg had won 11 straight contests by double-digits. The Lions will close out their three-game road trip on Tuesday, when they face off against St. Mary’s. 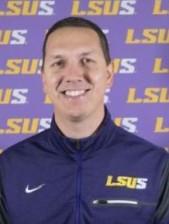 Coach Blankenship led LSU Shreveport to three wins this week, including one on the road over a ranked opponent. The Pilots opened their week at No. 14 LSU Alexandria on Tuesday, taking an impressive 71-66 victory and handing the hosts their first loss of the season in conference play. The schedule would not get any easier for LSUS, as their next matchup came against then-undefeated Paul Quinn on Thursday. The Pilots were able to come away with an 80-75 triumph in a tightly-contested affair. Closing out the week on Saturday, LSUS shot an incredible 34-35 from the free throw line in a 108-98 victory over the University of the Southwest. Now 14-6 (7-1 RRAC) on the season, the Pilots will attempt to extend their winning streak to six when they match up against Louisiana College on the road on Thursday.

Coach Hunter’s Lakeland squad remained unbeaten this week, picking up three more wins – all on the road. The then-No. 4 Lakers began their week by overpowering Terra State, out-rebounding the hosts 45-25 and taking a 91-52 victory. Back in action on Wednesday, Lakeland came away with another convincing win, this time picking up an 82-66 victory at Bryant & Stratton. The Lakers capped off their impressive week with an 86-77 triumph over Edison Community College on Saturday. Now 14-0 on the season, the Lakers was able to move up one spot to No. 3 in the most recent NJCAA DII Top 20 Poll. Their next contest is a road showdown with Lorain Community College on Tuesday.