Congratulations to the following coaches who have been selected as the Week 15 HoopDirt.com Coach of the Week presented by Just Play Solutions. These coaches are now eligible to receive the HoopDirt.com National Coach of the Year Award presented by Just Play Solutions which will be announced at the conclusion of the 2020-21 college basketball season.

Coach Simon’s squad closed out the regular season with a pair of victories this past week, clinching its first ever Big Sky regular season title. The Thunderbirds entered the week needing a sweep of Portland State to claim the title, and did just that – winning 68-58 on Thursday and 73-54 on Saturday. Southern Utah finished the regular season with a record of 19-3 (12-2 Big Sky), setting a new program record for winning percentage (.864). The Thunderbirds now await the Big Sky Tournament, where they have received a first-round bye. They will face either Northern Colorado or Sacramento State on Thursday. Coach Ballard guided Washburn to a dramatic MIAA Tournament Championship this week, earning the Ichabods a spot in the NCAA Division II National Tournament. Washburn kicked off the tournament by defeating Rogers State 78-59 in the quarterfinals on Wednesday. The Ichabods then picked up a dominant 101-72 semifinal victory over Missouri Western State, earning the chance to play Northwest Missouri State – the No. 1 team in the country – in the championship game. Trailing by two after a pair of Northwest Missouri free throws with 2.7 seconds left, Washburn inbounded the ball to senior Tyler Geiman, who drained a 57-foot buzzer-beater for the championship. The MIAA Tournament Title was Washburn’s first since 2012. They will take on conference foe Missouri Western State in the NCAA Central Regional Quarterfinals on Saturday. Coach Greiss picked up a milestone victory this week as Augsburg closed out its season on a high note. An 82-78 win over Gustavus Adolphus on Wednesday marked career victory No. 300 for Coach Greiss. With another win on Saturday, Greiss has now compiled a record of 301-233 (230-171 at Augsburg) in his 21 years as a Head Coach. The 75-71 triumph over Saint John’s on Saturday marked the end of the Auggies’ season. They completed the shortened campaign with a record of 4-3 (3-3 MIAC). 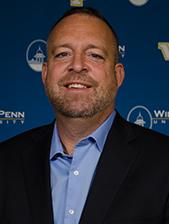 Coach Henry led William Penn to its second consecutive Heart of America Tournament Championship this past week. After having handily defeated MidAmerica Nazarene and Park in the first two rounds of the tournament, the Statesmen – ranked 2nd in the country – took on No. 22 Benedictine in the championship game on Tuesday. William Penn (24-1, 18-1 Heart of America) out-rebounded Benedictine by 28 on the way to a 92-76 victory. The Statesmen now enter the NAIA National Tournament on a 13-game winning streak. They will face the winner of Mid-America Christian/Holy Cross on Saturday afternoon. With another pair of wins this week, Coach Eatmon’s squad remained unbeaten on the season. The 6th-ranked Bucs defeated Marion Military Institute 92-68 at home on Tuesday and 80-57 on the road on Friday. Now 14-0 on the season, Shelton State has won all but one game by double-digits. The Bucs will look to continue their hot play when they take on Snead State Community College in the home portion of a two-game series on Tuesday.

Texans passed their toughest test of the season so far this week, coming away victorious against a fellow top-three opponent. After taking a 103-75 victory over Frank Phillips on Monday, No. 1 South Plains hosted No. 3 Odessa in a clash of unbeaten squads. A last second three by Odessa forced the contest into overtime, where South Plains was able to pull out a 96-93 victory to improve to 11-0 on the season. The Texans will look for win No. 12 when they travel face off against Howard College on the road tonight.