Congratulations to the following coaches who have been selected as the Week 13 HoopDirt.com Coach of the Week presented by Just Play Solutions. These coaches are now eligible to receive the HoopDirt.com National Coach of the Year Award presented by Just Play Solutions which will be announced at the conclusion of the 2021-22 college basketball season.

The Week 13 winners are:

Coach Moton’s squad got back on track after their first conference loss last week, picking up a pair of closely-contested victories against quality opponents. The Eagles defeated Norfolk State in a 70-67 nail-biter on Monday, handing the visitors their first loss in MEAC play this season. Back in action against Coppin State on Saturday, NC Central was able to get a stop on the game’s final possession to come away with a 69-68 victory. With the wins, the Eagles moved back to .500 (10-10, 4-1 MEAC) on the season. Their next contest comes at South Carolina State later this evening.

Coach Healing guided Pace to three impressive victories this week, as the Setters improved to 14-8 on the season. The Setters kicked off their week with a thrilling victory on Monday, as graduate student Austin Gilbertson knocked down a pair of free throws with 1.2 seconds remaining to propel Pace to a 68-67 win over Le Moyne. Returning home on Wednesday, Pace held New Haven to just 29.2% from the field in a dominant 77-48 triumph. The Setters closed out the week with another strong defensive performance on Saturday, defeating Saint Rose by a score of 73-56 to move to 10-5 in NE10 play. Pace will look to make it four straight wins when they face off against Southern Connecticut State on Thursday.

Coach Baptiste led UMass Dartmouth to a rare four-win week – with all coming by double-digits. The Corsairs found themselves trailing Keene State at the half of their first game of the week on Monday, but closed the game on a 27-6 run to secure a 76-60 victory. At UMass Boston on Wednesday, UMass Dartmouth led by as many as 18 in the first half of a 77-62 triumph. The Corsairs closed out their week with a home-and-home series with Southern Maine – winning 96-57 at home on Saturday, and 93-55 on the road on Sunday. Now 18-2 (10-1 LEC) on the season, UMass Dartmouth will look to extend its winning streak to 12 when it hosts Keene State on Wednesday night. 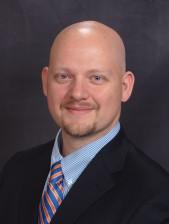 In his first season at the helm, Coach Holt continued his turnaround of the Presentation program this week, as his Saints won a pair of contests against two of the top teams in the NSAA. Presentation trailed Dakota State by as many as 11 in the first half of Friday’s matchup before closing the gap and eventually pulling out a 60-58 victory. Back in action the following day, the Saints knocked down a game-winning free throw with 0.4 seconds remaining to take a 68-67 triumph over Bellevue. The two victories marked the first time since 2019 that Presentation won two conference games in a weekend. Holt’s Saints are 11-13 (4-7 NSAA) on the season, and have already surpassed the program’s combined win total of 7 from the two years prior to his arrival in Aberdeen. They will attempt to continue their solid play when they travel to take on Waldorf on Friday. Coach McCarthy’s Spartans extended their winning streak to 12 with three more impressive victories this week. Then-No. 12 Northampton trailed the Community College of Philadelphia by as many as 13 early in the second half on Tuesday, but rallied back into the contest and eventually came away with an 88-85 triumph. The Spartans put on a defensive showcase in their next matchup, holding Mercer County Community College to just 32% from the field in a 68-39 victory on Thursday. Closing out the week on Saturday, Northampton used a big second half to pull away from Thaddeus Stevens and pick up an 87-58 win to improve to 17-2 on the season. Now ranked 9th in the latest NJCAA DIII Top 15 Poll, the Spartans visit Montgomery County Community College on Tuesday night.