Congratulations to the following coaches who have been selected as the Week 16 HoopDirt.com Coach of the Week presented by Just Play Solutions. These coaches are now eligible to receive the HoopDirt.com National Coach of the Year Award presented by Just Play Solutions which will be announced at the conclusion of the 2020-21 college basketball season.

Despite multiple Covid-19 pauses throughout the regular season, including an NCAA-longest 51 day layoff, Coach Pitino’s Gaels claimed the MAAC Tournament title and a spot in the NCAA Tournament this week. Iona entered the MAAC Tournament as the 9-seed, and won four games in five days to take the title. The Gaels run included a 55-52 victory over top-seeded Siena and a 60-51 defeat of Fairfield in the championship game on Saturday. Having earned a 15-seed in the NCAA Tournament, Iona will carry its six game winning streak into a matchup with Alabama on Saturday afternoon. With two impressive wins in the NCAA Division II National Tournament this past week, Coach Rosene’s squad has earned a spot in the Sweet 16. Emmanuel entered the tournament as a 4-seed, and knocked off 5th-seeded Queens by a score of 80-78 thanks to a last-second layup in the opening round. This victory set up a matchup with 1-seed Belmont Abbey, who the Lions had taken on five times during the season – most recently in the Conference Carolinas Championship, where Emmanuel lost 82-70. However, the Lions avenged this loss on Sunday, jumping out to a 15-point halftime lead and never looking back, coming away with a 76-53 victory. Emmanuel’s next contest comes on Tuesday against 2-seed Lincoln Memorial, with a trip to the Elite Eight on the line.

Coach Rose guided Illinois Wesleyan to a huge victory over a top-5 opponent to win the CCIW Championship this week. After the Titans, ranked No. 8 in the D3hoops.com Top-15 Poll, defeated North Park in the CCIW quarterfinals and Elmhurst in the semifinals, they hit the road to take on No. 3 overall Wheaton for the conference championship. Illinois Wesleyan pulled away late to take a 71-58 victory, handing Wheaton their only loss of the season. With the win, the Titans claimed the first CCIW Championship in program history. They finished the Covid-shortened campaign with a record of 8-1. 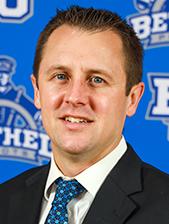 Coach Drabyn led Bethel to a pair of upsets in the NAIA National Tournament’s opening round this week, clinching a spot in the Final 16. The 21st-ranked Pilots led wire-to-wire in a 73-69 victory over No. 17 Texas A&M-Texarkana on Friday, but found themselves trailing No. 10 Providence by 11 points with just over six minutes remaining the following day. However, Bethel closed the game on a 24-9 run, taking an 85-81 victory and clinching a spot in the Final 16. The 22-10 Pilots are the 16-seed at the Final Site, and will take on No. 1 Indiana Wesleyan in Kansas City on Thursday.

Coach Leslie’s Trinity Valley squad picked up three more wins this week, improving to 13-1 on the season. The 8th-ranked Cardinals kicked off the week by defeating No. 16 Panola by a score of 92-68. Trinity Valley then defeated Jacksonville College 90-81, and closed out the week with a 97-42 drubbing of Bossier Parish. After dropping their season opener, the Cardinals have won 13 straight contests. They will look to extend that streak when they face off against Tyler Junior College on the road on Wednesday.