Congratulations to the following coaches who have been selected as the Week 16 HoopDirt.com Coach of the Week presented by Just Play Solutions. These coaches are now eligible to receive the HoopDirt.com National Coach of the Year Award presented by Just Play Solutions which will be announced at the conclusion of the 2021-22 college basketball season. Coach Bennett’s squad closed out the regular season on a high note, securing the first undefeated season at home in program history by defeating top-ranked Gonzaga this past week. The then-23rd ranked Gaels opened the week at San Diego, putting on a stifling defensive performance in a 60-46 triumph on Thursday before heading into Saturday’s regular season finale against Gonzaga. Saint Mary’s jumped out to a 15-point halftime lead, and was able to hold off a late comeback attempt by the Zags to come away with a 67-57 victory and finish the regular season a perfect 16-0 at home. Gonzaga was held to just 36.7% from the field in the contest- their lowest mark of the season. With the victories, the Gaels concluded the regular season with a record of 24-6 (12-3 WCC) and moved up to No. 19 in the latest AP Top 25 Poll. As the 2-seed in the WCC Tournament, they now await an opponent for their semifinal matchup on Monday, March 7th. With two more road victories this past week, Coach Crutchfield has guided the top-ranked Sharks to the first perfect regular season in Sunshine State Conference history. Nova Southeastern had all five starters score in double digits in Wednesday’s 96-66 victory at Lynn, before taking down Embry-Riddle by a score of 94-85 in Saturday’s regular season finale. The Sharks closed out the regular season with a record of 25-0 (20-0 SSC), winning 20 of those contests by double digits. The perfect regular season marks the second of Coach Crutchfield’s career, as he also accomplished the feat with his 2010-11 West Liberty squad. Nova Southeastern enters the SSC Tournament as the 1-seed, and will host 8th-seeded Florida Tech at 7PM this evening. In his first season at the helm, Coach Erickson has guided Nichols to the CCC Tournament Championship and a National Tournament berth. The No. 1 seed in the CCC, Nichols took down 9th-seeded Wentworth by a score of 93-86 in Tuesday’s quarterfinal. Back in action on Thursday, the Bison were able to fight back after trailing Suffolk by as many as 13 early in the second half to take a thrilling 87-86 victory and advance to the championship game. Nichols was able to come away with a 60-55 victory over 2nd-seeded Salve Regina, securing a berth in the National Tournament. The 25-3 (15-3 CCC) Bison enter the Tournament on a five-game winning streak, and will face off against RPI in the first round on Friday. 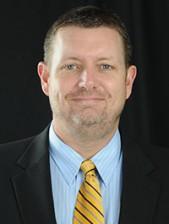 Coach Burton and his Union squad won three tightly-contested games at the AAC Tournament this past week to pick up their ninth consecutive Tournament Championship. The top-seeded Bulldogs found themselves trailing No. 9 seed Point by eight at the half of Thursday’s quarterfinal matchup, but rallied back to force overtime, where sophomore Deonte Douglas drilled a buzzer-beating three to lift Union to an 85-82 victory. Returning to action the next day, Union again trailed at the half – this time by just one to Truett-McConnell, but again was able to come away with a win (64-61). The victory set up a matchup with 2nd-seeded Montreat in the Championship game on Saturday. The Bulldogs were down by one at the half again, but took an 84-79 triumph to capture the title. Over the last nine seasons, Coach Burton’s teams have gone 28-0 in the AAC Tournament. This year’s squad will find out who they play in the NAIA Tournament’s Opening Round at 8PM on Thursday.

Coach Neely’s squad notched a number of milestones on the way to the Region 15 Tournament Championship this week. Entering the Tournament as the 2-seed for the first time in program history, the Express held 7th-seeded Bronx Community College to just 26.9% from the field in Tuesday’s 76-44 quarterfinal win. The victory gave Monroe its first 20-win season in program history. Back in action on Saturday, the Express outscored Nassau Community College 40-23 in the second half to pick up a 67-54 victory and advance to the Region 15 Championship for the first time. In the Championship game on Sunday, Monroe again utilized a big second half to come away with a 54-49 triumph over Hostos Community College and earn their first-ever berth in the NJCAA DIII National Tournament. The 22-9 (11-5) Express will find out their first round opponent on Wednesday afternoon.